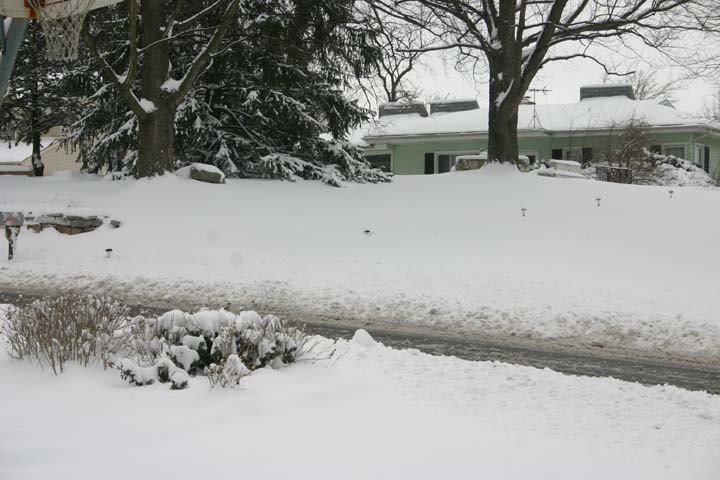 Although the heavy snow was slow to arrive, this storm ultimately resulted in the heaviest 24-hour snowfall in St. Louis in about 15 years (in part because recent winters have been so mild). Total official snowfall at the St. Louis airport was 8.4 inches, the most since a storm in 1993; at my location in Edwardsville the total snowfall was about seven and a half inches.

The snowfall began around 11:30 a.m. on January 31. As expected, the initial snowfall during the afternoon, associated with warm air advection ahead of the low pressure system, was light. By around sunset, I had only about 1.3 inches of snow, though some locations in the Missouri part of the area had 2 or 3 inches. It was anticipated that the heavier snowfall would occur when the deformation zone (wrapping precipitation on the back side of the low) passed over the St. Louis area during the evening and overnight, as the low pressure center passed southeast of St. Louis, the optimal track for heavy snow in the St. Louis area. However, through the evening, the deformation zone snow remained spotty, light, and poorly organized. By around 11:30 p.m., there had still been only a little under 3 inches of total snowfall in my location. Perhaps the snow was remaining lighter than expected because gulf moisture was being being robbed by a line of intense thunderstorms moving through Mississippi and Alabama. Altough I did notice some intensification of the snow around St. Louis on the radar, the back edge of the snow was only 100 miles or so from St. Louis, so I expected that the total snowfall would fall below the forecasted 6-10 inches, probably more in the range of 4-7.

I was wrong. Around 11:30, the snow rapidly intensified in the St. Louis area. 3.6 inches of snow fell in less than an hour and a half at the National Weather Service office in Weldon Springs, MO, about 40 miles west of Edwardsville. However, rapid rates of snow accumulation occurred all over the metropolitan area after 11:30 p.m. Hence, although it snowed from 11:30 a.m. on Thursday, January 31 to 7:00 a.m. on Friday, February 1 in Edwardsville, the majority of the accumulation occurred during a few hours in the wee hours of February 1. Most of the St. Louis area ended up getting 6-9 inches of snow, right in the originally-predicted range. A few spots to the north of the metropolitan area got 10-11 inches 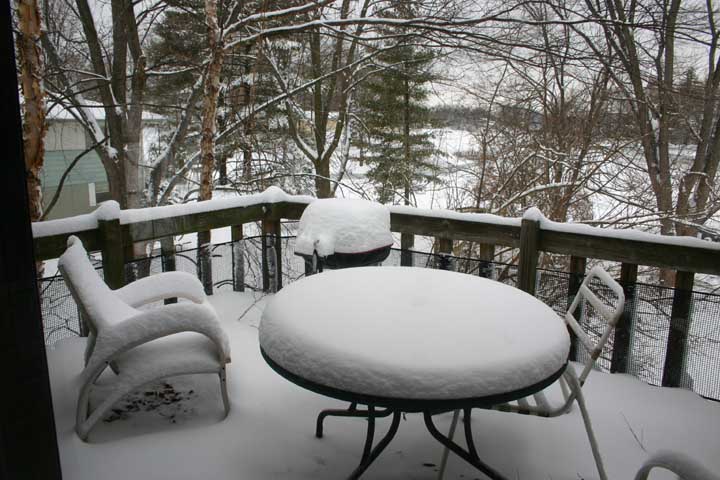 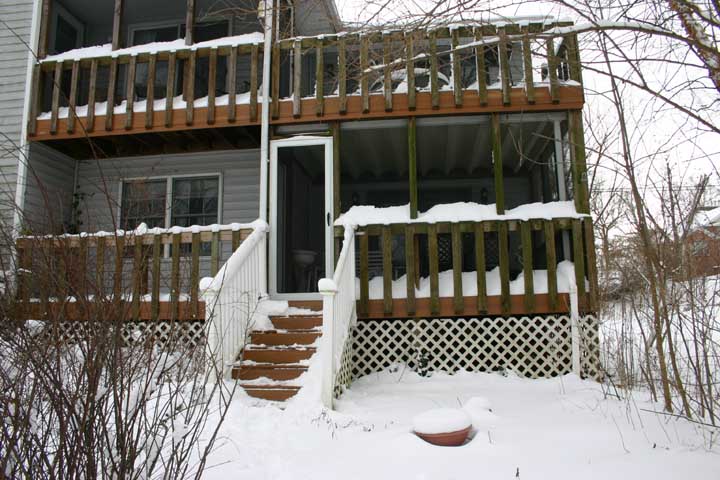 Additional information will be added as it becomes available. This page last updated February 1, 2008.