As one in a series of upper-air disturbances rotated around a strong low-pressure system to the northeast over the Great Lakes region, showers and a few thunderstorms developed and moved southeast across Illinois during the day and evening on April 20, 2009. Due to the passage of a cold front the pervious day, it was rather cold - in the 50s F when I took these pictures, but with the very cold air above (-25 to -30 C at the 500 millibar level), there was still enough instability for the air at the surface to rise (a process referred to by meteorologists as convection) and produce showers and thunderstorms. Most of the stronger activity was in central and northern Illinois, where with the cold upper air there were numerous reports of hail, but toward evening, things got going in the northeastern part of the St. Louis metro area as well.

This activity was rather high-based and low-topped, and the clear air behind the cold front offered good visibility. Consequently, the showers were quite photogenic toward sunset, so I headed out to Glik Park in Edwardsville to get some pictures. The first picture shows some distant showers and thunderstorms off to the northeast, under the cloud bases of closer convection as new showers were forming just northeast of Edwardsville: 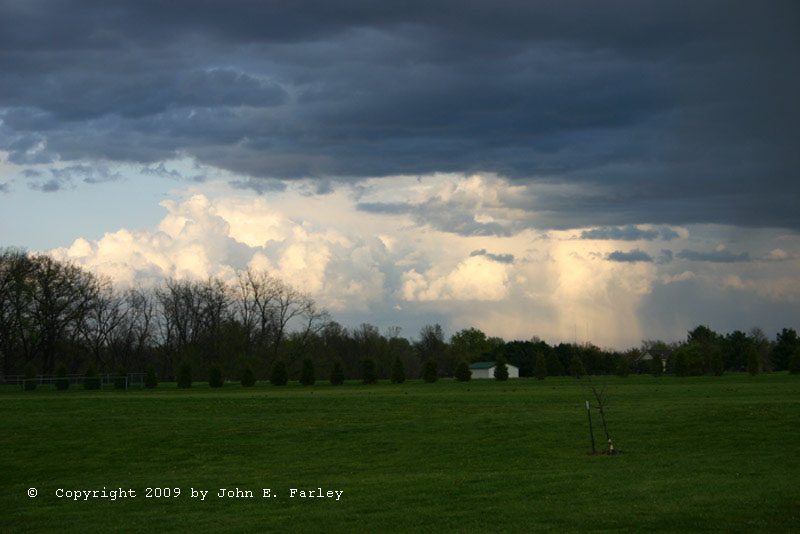 There were also mammatus in some of the showers: 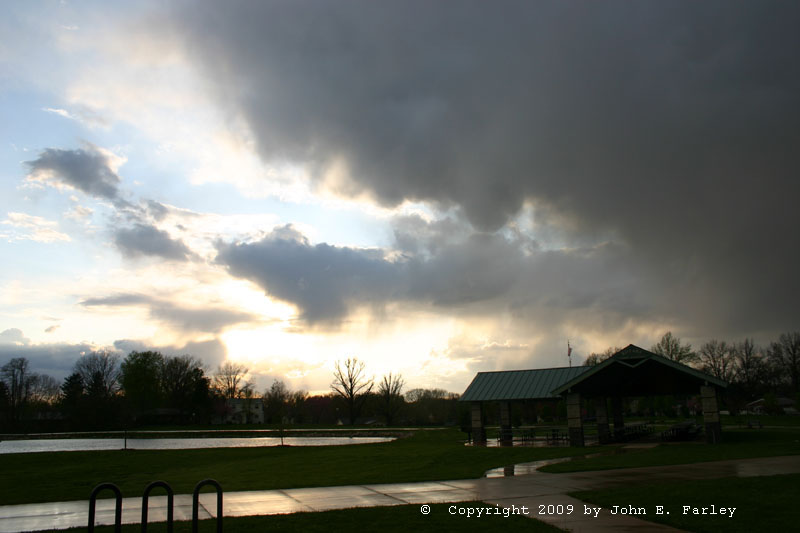 Soon, a rainbow formed as rain began to fall from a newly developing cell: 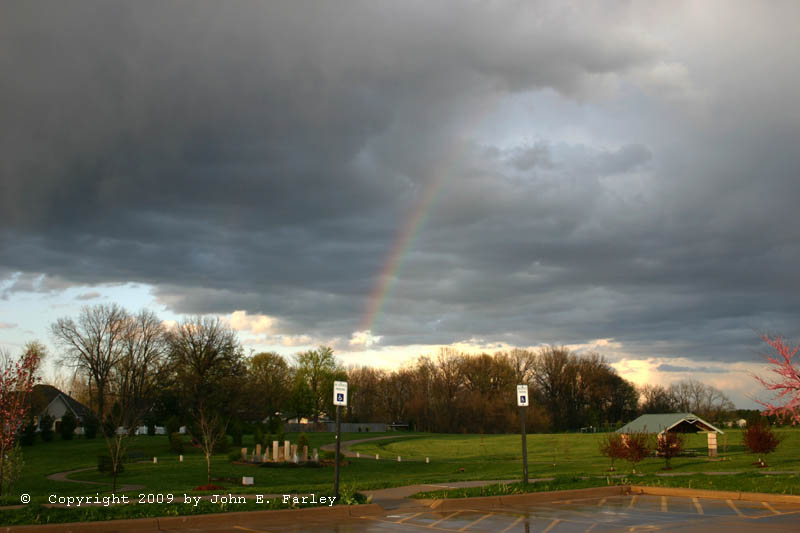 It became brighter as the precipitation moved into the best sun angle. The air was cold enough that the precipitation from these cells was making it about halfway to the ground as snow, before falling the rest of the way as rain. The bright white streaks are falling snow being illuminated by the sun, with the rainbow below where the sun was hitting the falling rain: 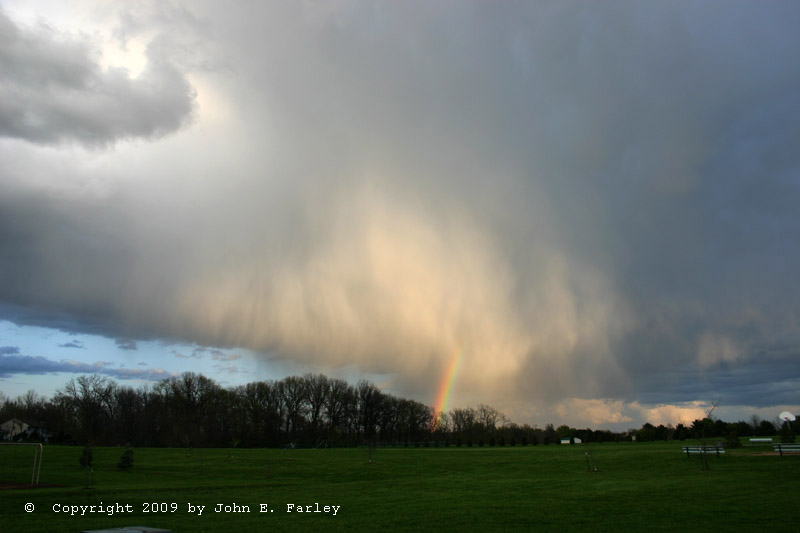 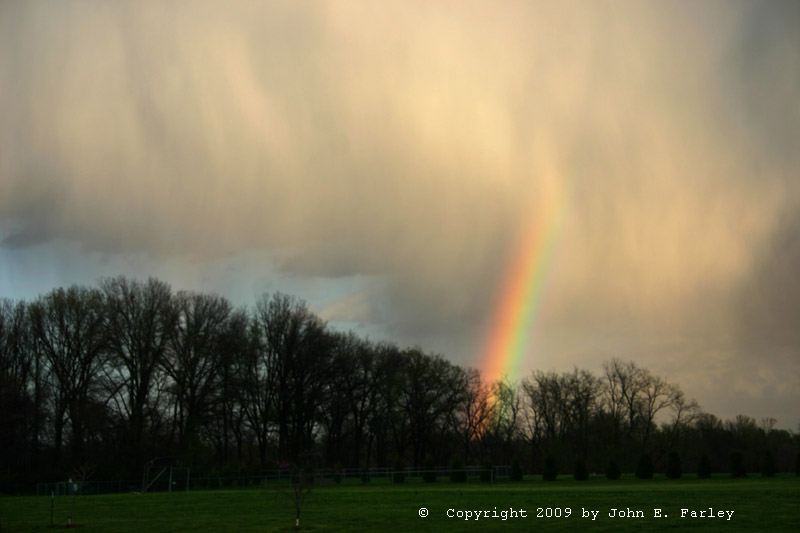 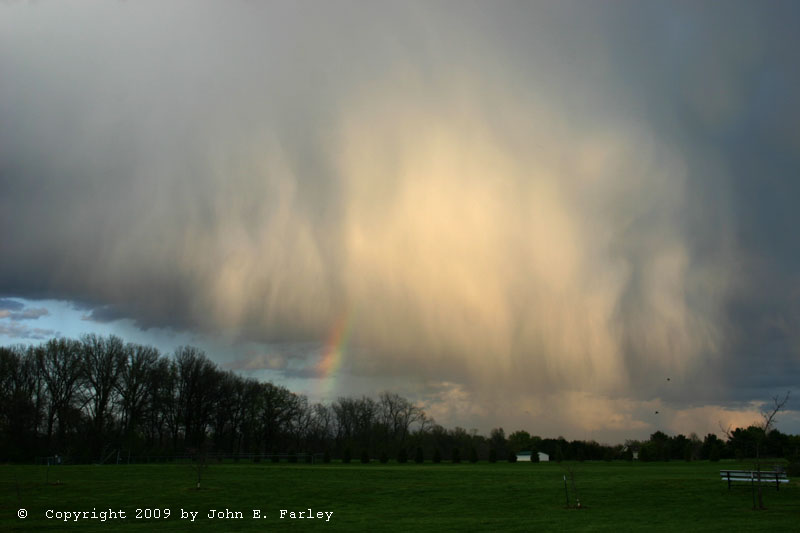 The clouds, along with the precipitation under them, were nicely illuminated by the setting sun: 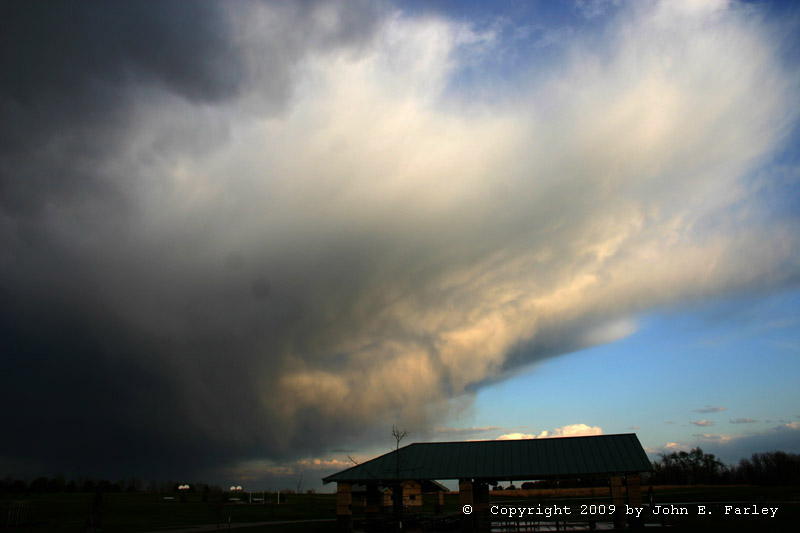 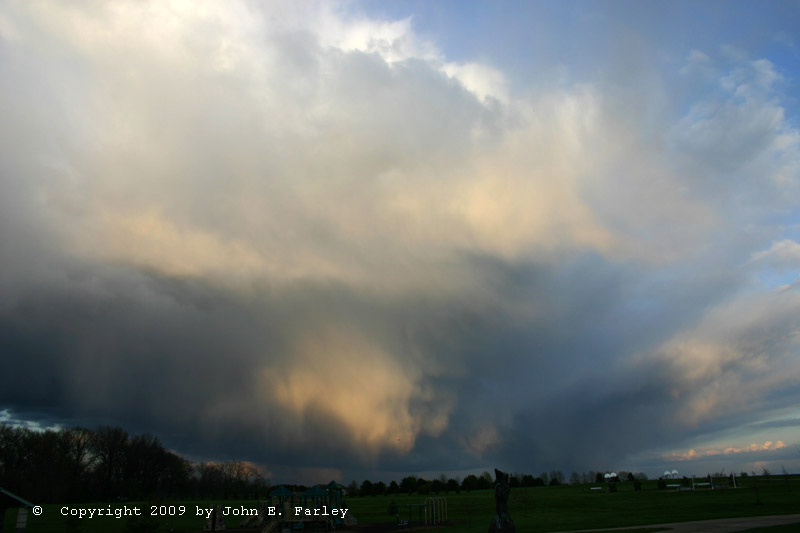 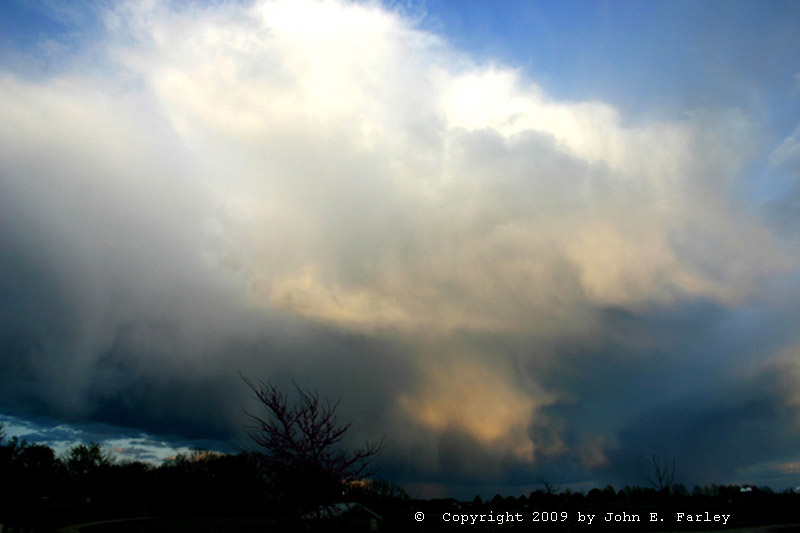 Just after I took the last picture, I heard the one and only rumble of thunder. A look at the lightning detecter on Weathertap when I got home confirmed a lightning strike in eastern Madison County around the time I finished taking these pictures.