On the afternoon of April 6, convective snow showers and snow squalls developed over the San Juan Mountains just east and southeast of Pagosa Springs, CO and tracked southeast across the mountains into New Mexico. There was even some thundersnow associated with this convective cluster in some high-mountain areas. I was busy with other things at the time and by the time I noticed this activity and headed out, the thunder and lightning had ended, but they still provided some nice photo ops as I followed them southeast from Pagosa Springs toward Chama, NM: 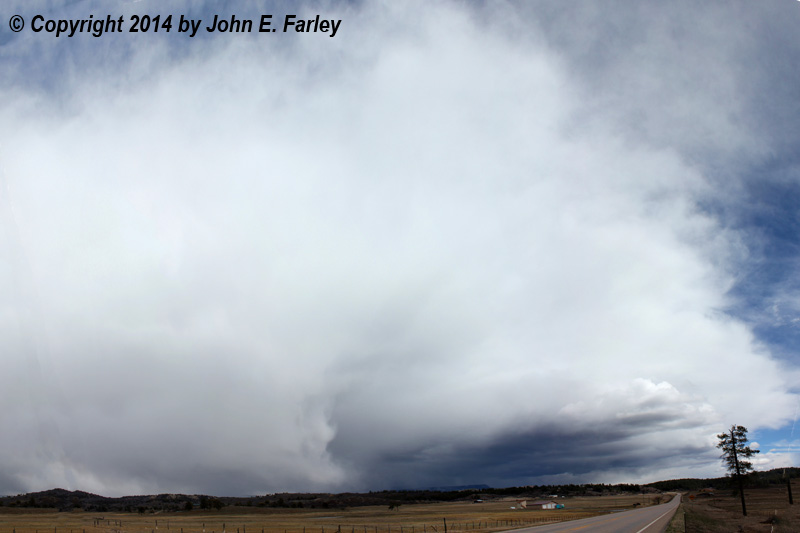 In this picture, taken as I got closer near Chromo, CO, the falling snow was partially enshrouding Navajo Peak: 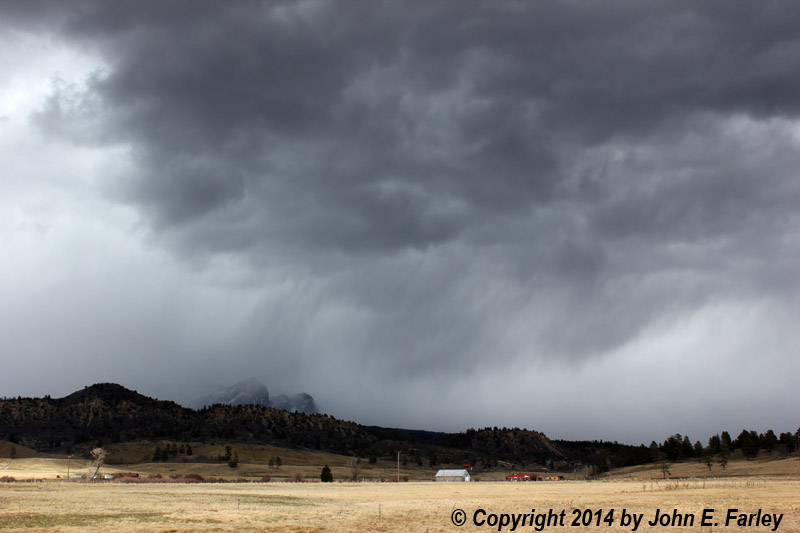 I headed up the road along the Navajo River into the edge of the snow showers as far as the road goes, and there got a nice picture of a gnarly old tree partially covered by the falling snow: 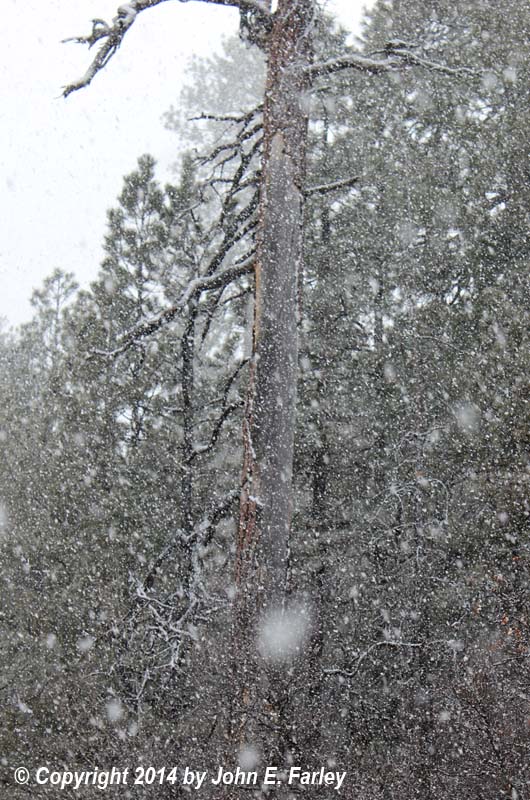