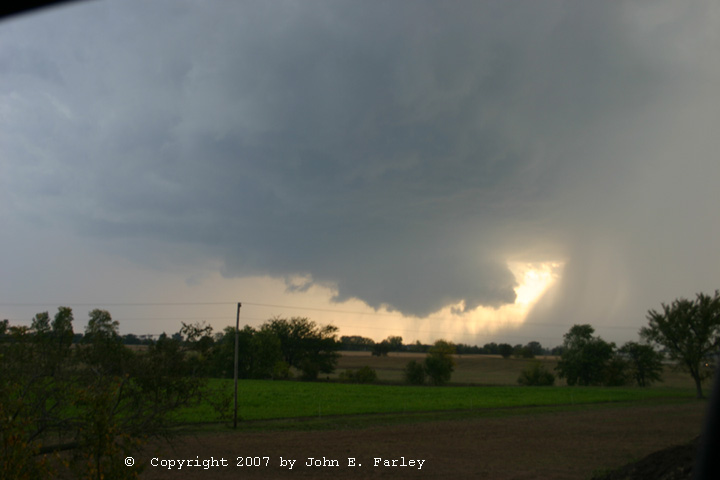 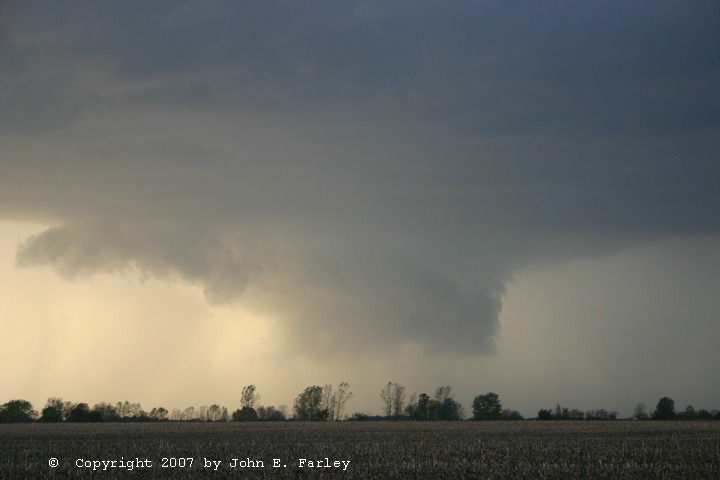 This storm was tornado-warned across much of Illinois. It produced numerous reports of large hail and wind damage, but no tornadoes. I really thought it was going to around the time of the second photo, but it did not. 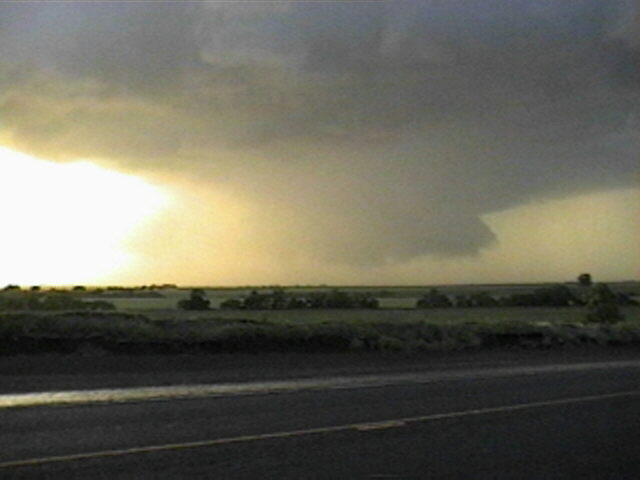 This storm produced two tornadoes shortly after this picture was taken. 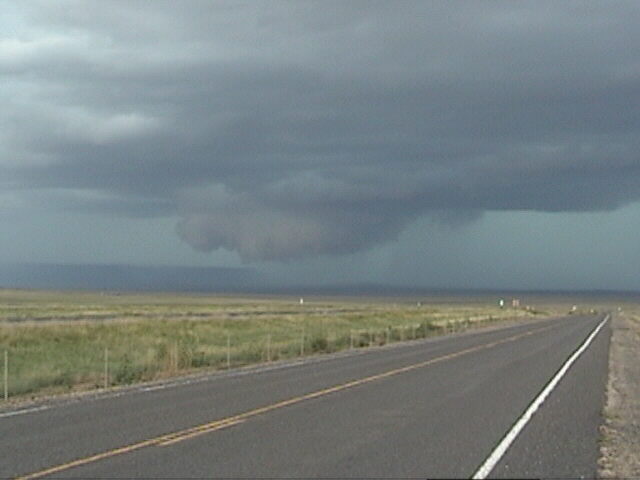 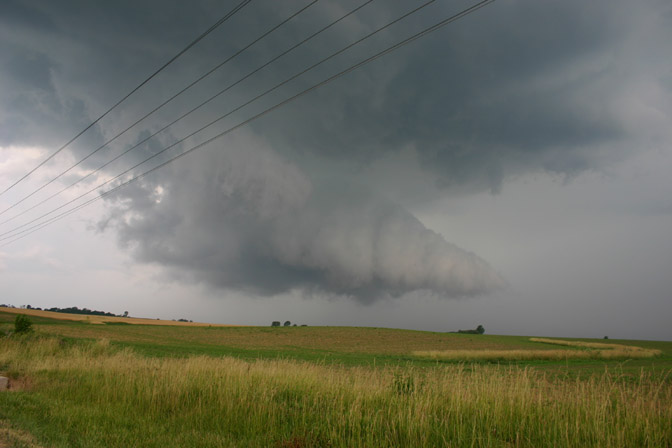 Shortly after this picture was taken, a tornado occurred. However, it came not from the wall cloud, but rather under the flanking line a little to the south of the wall cloud. 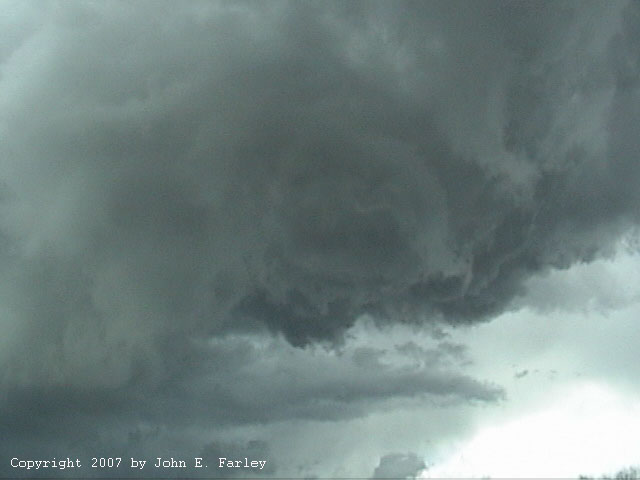 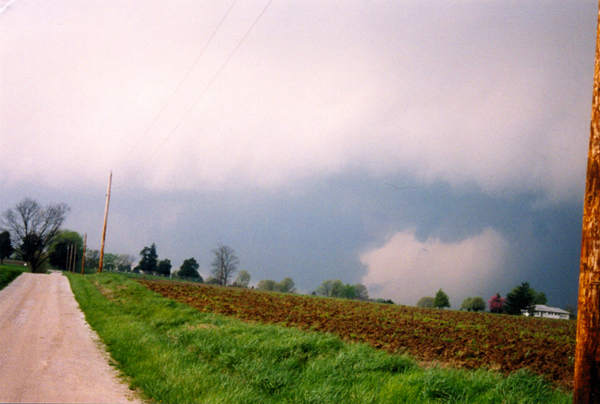 A tornado occurred shortly after this picture was taken. 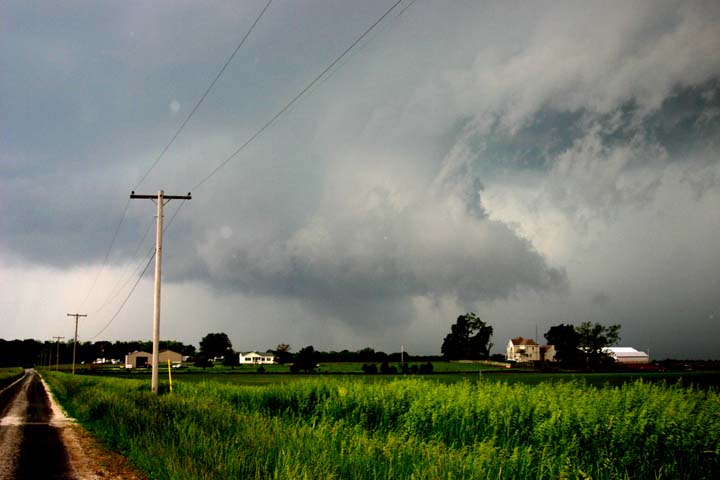 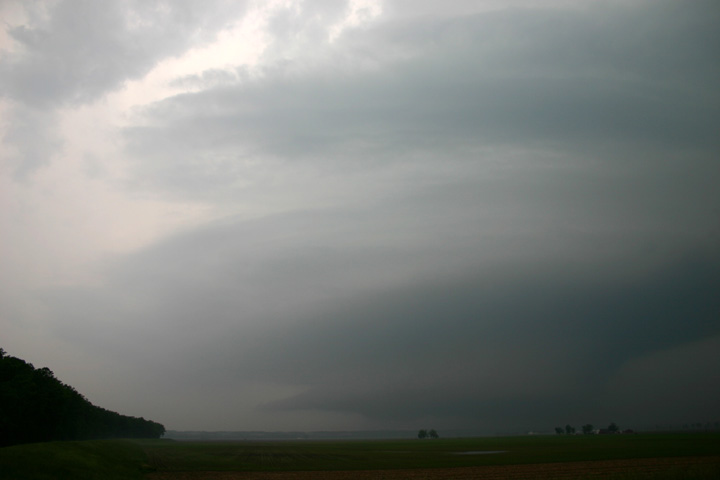 Both of these storms produced tornadoes, probably just before these pictures were taken. However, I was too far away to see the tornadoes when they occurred. The storm in the lower picture took on a real "mothership" appearance. 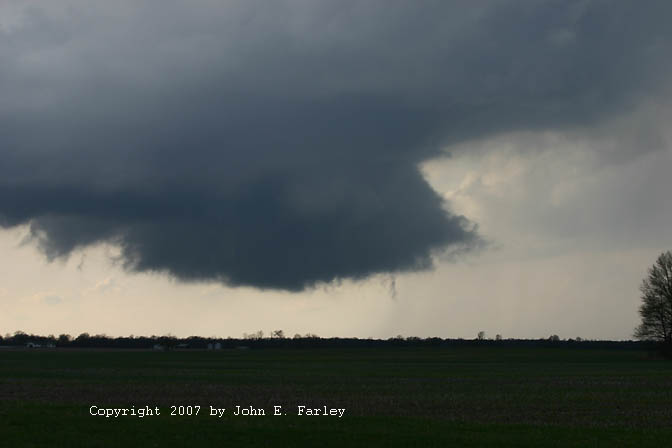 This wall cloud had a little rotation, although the convective cell it was associated with did not even have any thunder and lightning, at least that I could see. The storm did produce some localized flooding to the northeast of where this picture was taken. 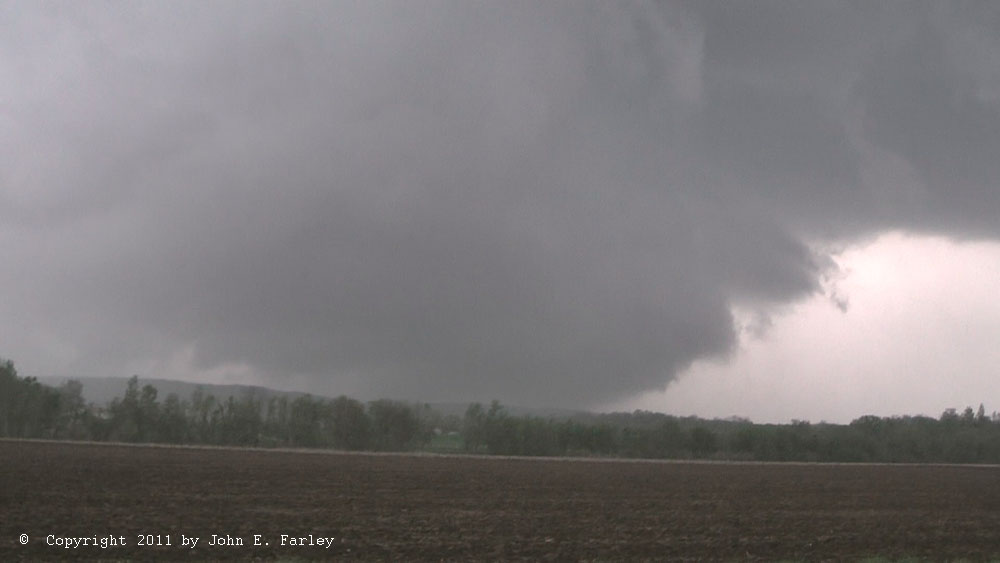 At this time, 4-inch hail was occuring with this storm. Shortly later, it began producing tornadoes, the second of which was a long-track EF-4 tornado that hit Bridgeton, MO and St. Louis Lambert Airport (where EF-2 damage occurred), among other places.