May 14, 2021 - Virga Creates a Tornado Look-Alike (NOT a tornado) in Southern Colorado


Travelling from Pagosa Springs to Trinidad to pre-position for a little storm chasing the next couple days, I noticed some convection going up over the southern Sangre de Cristo Mountains. It was moisture-starved, but it did produce this interesting feature looking south from the east side of La Veta Pass west of Walsenburg: 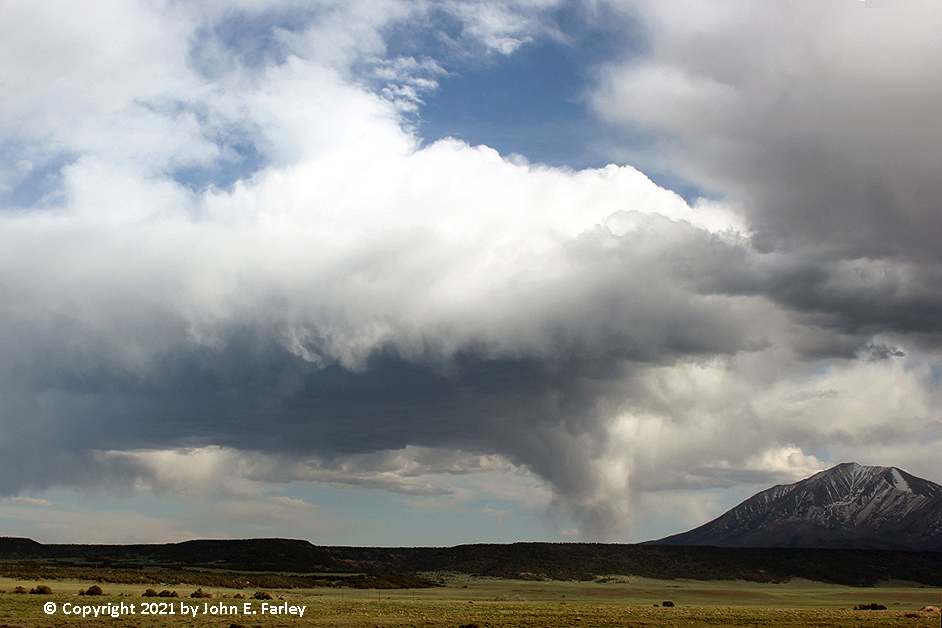 This is NOT a tornado, or even a funnel cloud, but it is one of the more interesting look-alikes I have seen. It actually is precipitation coming out of the cloud, likely in the form of snow and/or graupel (snow pellets) at the cloud base. However, the air at the surface was very dry, making most of this precipitation what is known as virga, i.e. precipitation that is evaporating before reaching the ground. It is likely that some of it was reaching the ground as light rain, as ground temperatures were quite warm, unless it fell somewhere near the top of a mountain, in which case it could have remained snow. But most of it was likely evaporating before reaching the ground. To an untrained or inexperienced eye this probably looks like a tornado, but the absence of rotation, the texture of it, and its large area relative to the parent cloud all clearly indicate that it was not - just an interesting appearance to precipitation coming out of the bottom of the cloud.