As a very un-La Nina-like pattern continues over the 4 Corners region, another in a series of storm systems passed over New Mexico the afternoon and evening of Valentine's Day, February 14, 2012, continuing into the early morning hours of February 15. The low pressure system associated with this storm dug slightly farther south than forecast, moving into east-central Arizona and then across New Mexico. The result was scattered convection that produced a wide variety of precipitation, sometimes along with thunder and lightning, and also heavy snow in some mountain areas, as well as in parts of the Albuquerque metropolitan area. During the afternoon, storms formed around the Jemez Mountains and just south of the Sangre de Cristo Mountains between Santa Fe and Las Vegas, NM. The cell in the picture below produced some cloud-to-ground lightning strikes as it produced, depending on altitude, rain and snow between Santa Fe and Las Vegas: 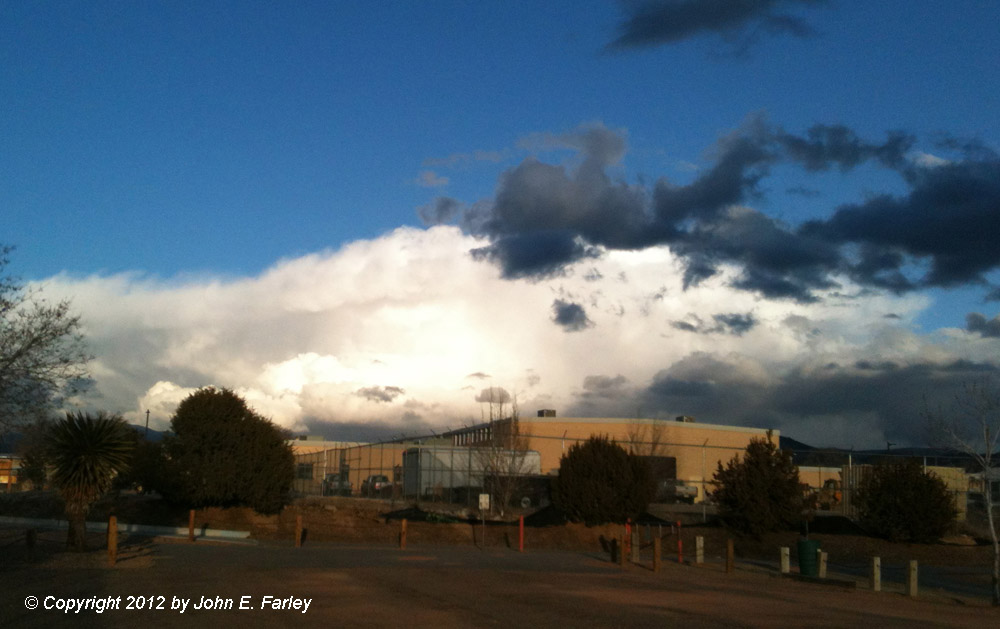 If you look closely at this iPhone picture, taken from Santa Fe, you can see that there were even some mammatus on the left side of the of the picture and under the anvil of the storm in the left center. Around the same time, a strong thunderstorm developed near the south end of the Jemez Mountains and produced a mix of rain, graupel (snow pellets), snow, and perhaps hail as it moved northeast over the Pojoaque area, and eventually up to 10 inches of snow in the mountains south of Taos.

Around 9 p.m., a strong new cell formed just southwest of Albuquerque. As it drifted very slowly northeast, it produced rain and snow, the relative amount depending on altitude, through and east of the Albuquerque area through much of the night. For parts of Albuquerque, this was the biggest snowstorm so far this season, generally dropping around 7 inches of snow along Tramway Blvd. in the higher, eastern part of the city just below the Sandia Mountains, with lesser amounts in the lower, more central parts of the city. Up to 10 inches fell in the mountains themselves. The heavy snow in parts of Albuquerque and in the mountains to the east forced the closure of Interstate 40 between mid-town Albuquerque and Moriarty, NM, on the other side of the mountains.

The stronger cells largely missed Santa Fe, where about an inch and a half of snow fell overnight. Around 8-9 inches fell in the mountains above Santa Fe, however, resulting in spectacular scenes like the ones below in the morning sunshine on February 16: 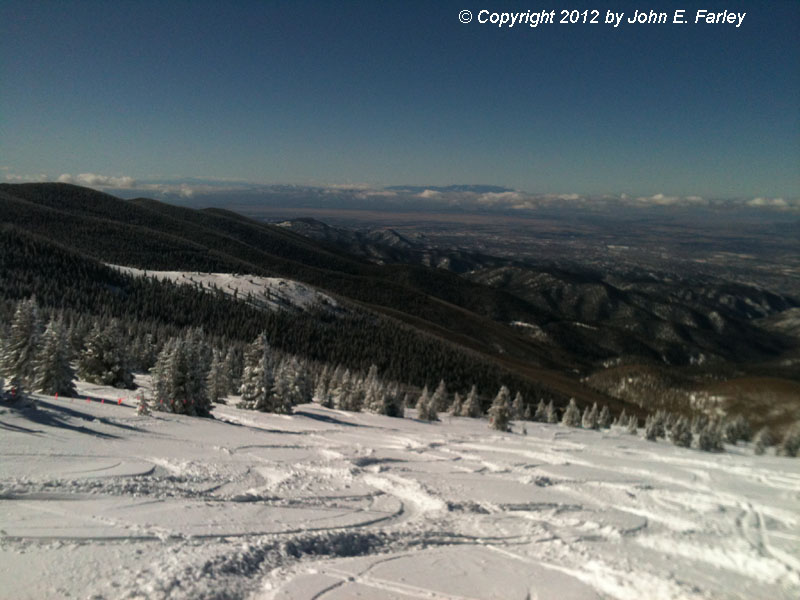 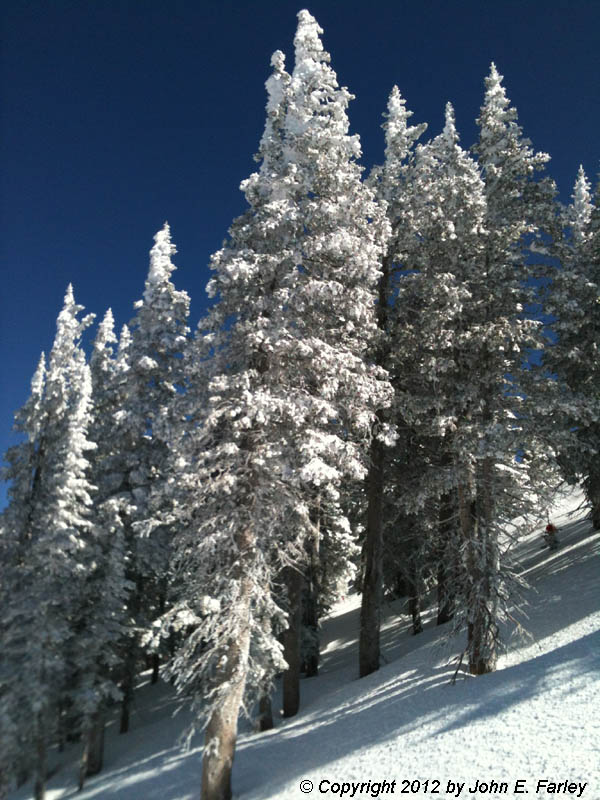 These pictures, also iPhone pictures, were taken near the 12,000 foot level at Ski Santa Fe the morning of the 15th. The combination of rime and accumulated snow on the trees, with the deep blue sky in the background, made for truly beautiful scenes in the mountains.