On December 4, 2013, high winds blew across northern New Mexico ahead of an approaching storm system. As I was driving from Santa Fe to Albuquerque on I-25, I encountered hundreds of tumbleweeds blowing across the freeway in the high wind on the La Bajada mesa, just before you go down La Bajada hill. There was absolutely no way to avoid them. One person stopped and got video which appeared that night on Channel 4, but with all the crazy drivers freaked out by the blizzard of tumbleweeds, I did not think that was safe to do, so I did not stop even though I had a phone with which I could have gotten video.

When I came back a couple hours later, there were still a lot of tumbleweeds blowing around, although not as many as earlier. This time I exited at Waldo Canyon Road near La Cienega and did get some pictures and video. I noticed that, south of I-25, Waldo Canyon Road was almost completely covered by massive drifts of tumbleweeds that had blown in. In fact, at first I thought the road dead ended; then I realized that was just the start of where the tumble weeds had covered the road up to several feet deep. Here are a few pictures: 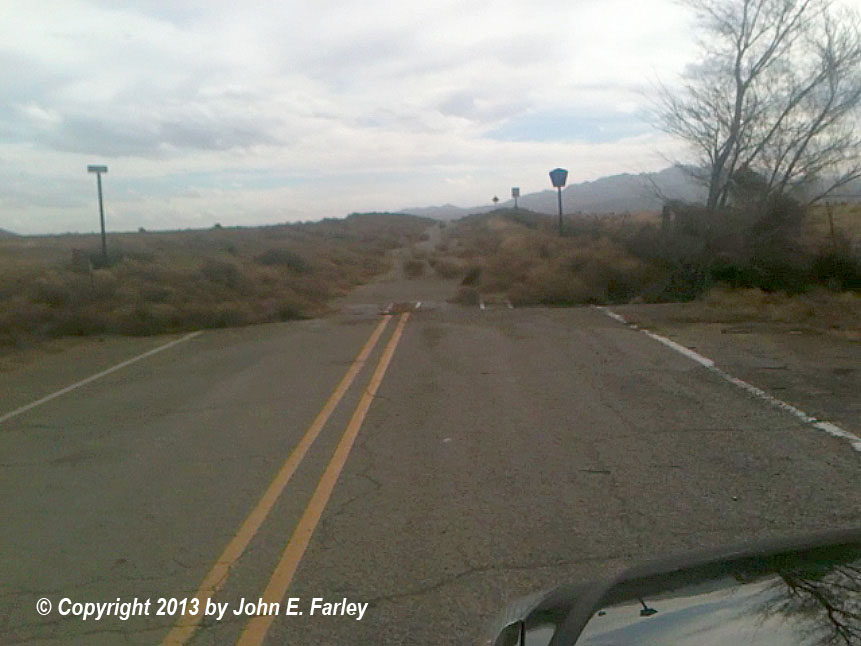 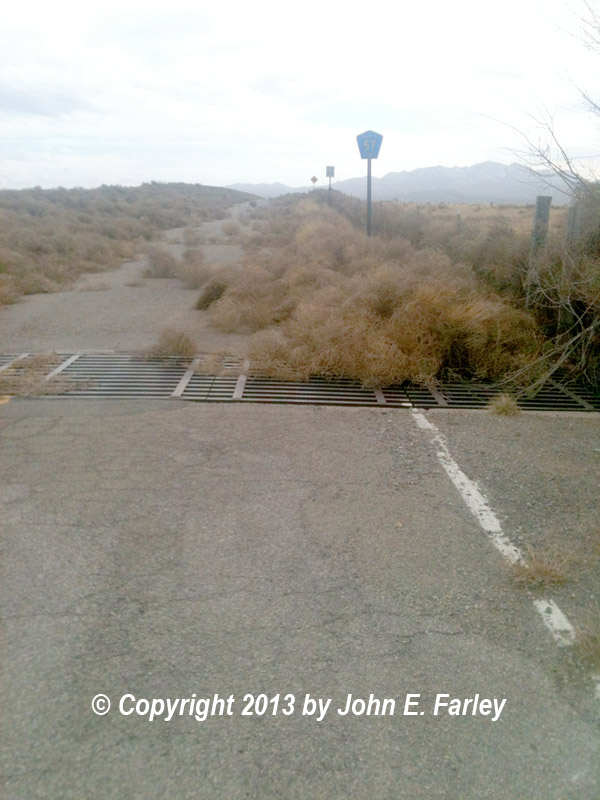 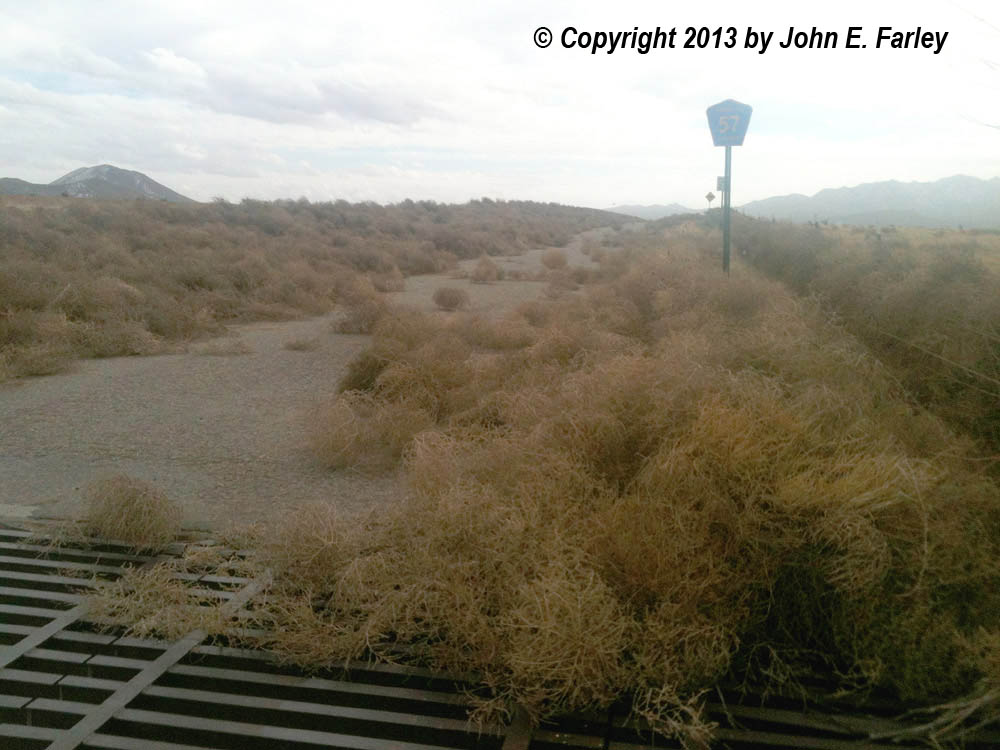 As time permits I may edit and post to Youtube some of my video of the weeds blowing around, though it was not nearly as intense as it had been earlier. You just never know what unusual weather phenomena you might see in New Mexico!