I saw some good storms today both in the Albuquerque area and later in the Santa Fe area. My wife Alice and I were in Albuquerque for a noon appointment to have a recall repair done on her car. We had watched storms develop to the SW of ABQ as we drove there, and by 1 p.m. a narrow line of strong storms extended south from I-40 perhaps 20 miles or so west of ABQ, per radar app on my phone. At 1:15 a SVR warning appeared on the TV, for western Bernalillo County and and northern Valencia County. I could see the storm off to the WSW from the dealership. Gradually, it developed a wall cloud. They finished the car around 2 and we headed north to I-25 and Tramway and stopped to get a look at the storm. It had a very pronounced wall cloud now: 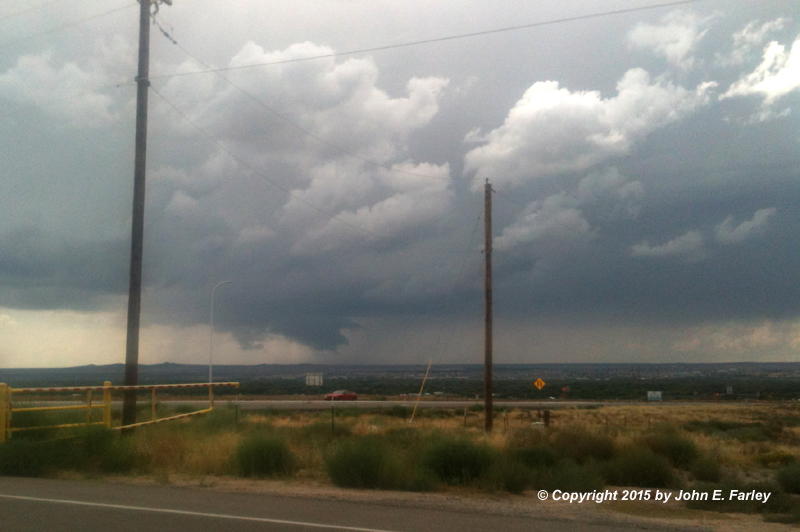 After 10 minutes or so, the storm appeared to weaken and the wall cloud shrank. A new storm formed SE of the original one, leading me to think that a handoff of the main energy was occurring to the new, southeastern storm. We headed back to Santa Fe; I figured that with the storms moving NE at 20 mph, I could head back out later if they held together. Indeed the NW storm dissipated and was replaced by the new one to the SE.

I headed out again around 4 as the storm was now crossing the Cochiti Pueblo and moving toward the western fringes of the Santa Fe area. Shortly after 4 p.m. a SPS was issued for the possibility of half-inch hail and 50 mph wind, with the storm located over La Cienega, just WSW of Santa Fe. I got this picture around 4:15 just NE of the Santa Fe airport, looking WSW: 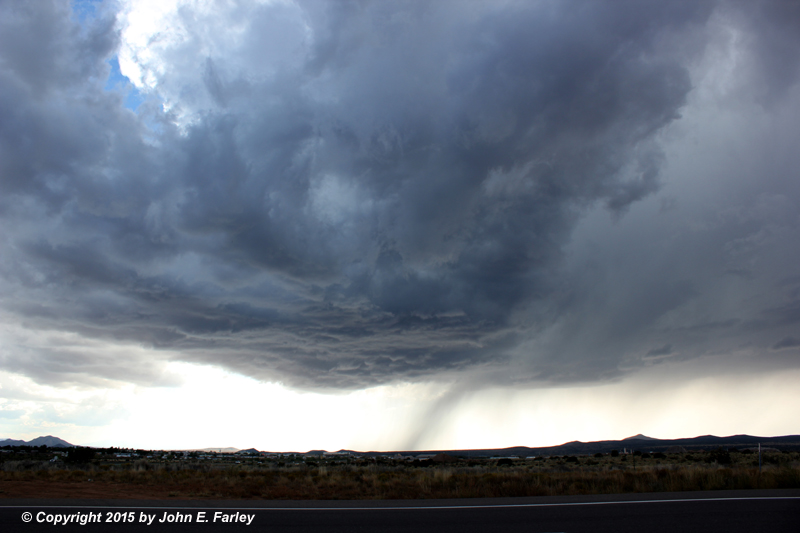 I watched the storm as it continued to move slowly to the NE. I knew I could not follow it past Santa Fe because of the mountains and the fact that the storm would cross 285 north of town before it moved into the mountains. Around 5 it formed a nice wall cloud, and seemed to be intensifying, as verified by a second SPS, this one indicating the possibility of penny-sized hail and 50 mph wind: 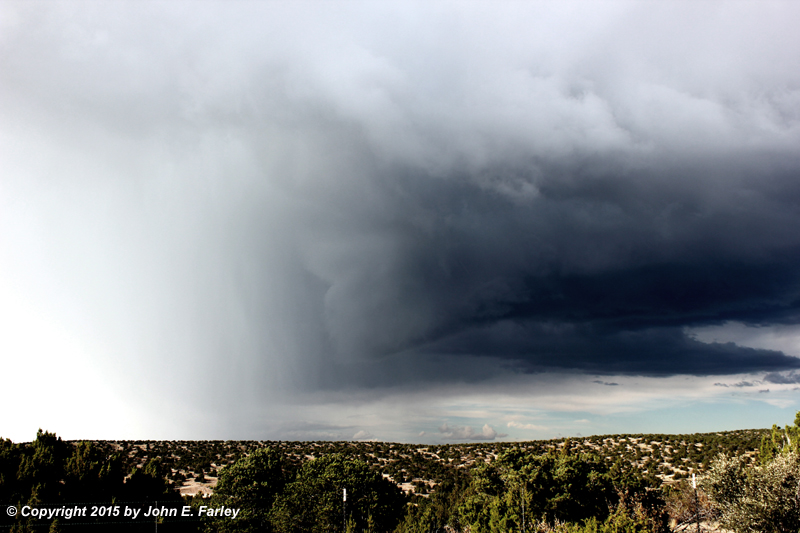 As the sun shined into lighter rain SE of the main cell, I got a nice rainbow pic: 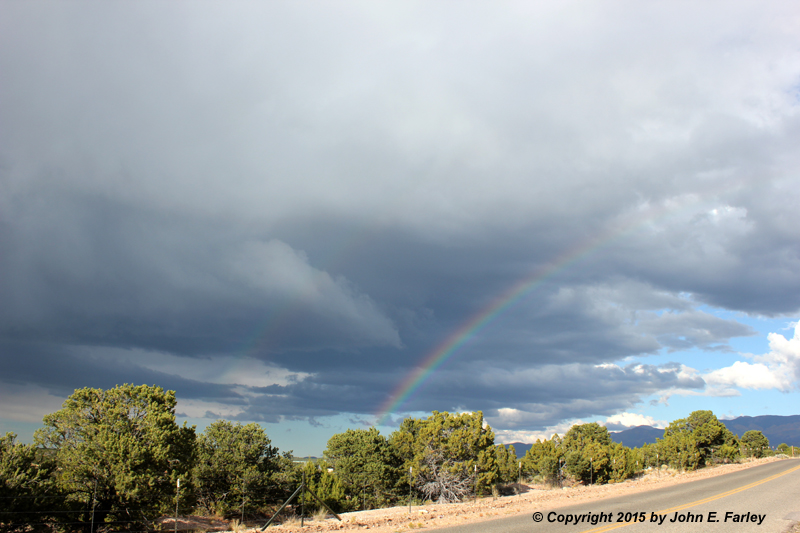 With the storm nearing the mountains, my chance to stay with it was over, so I returned to Santa Fe to do some grocery shopping. When I came out from the grocery store, there was a nice view of the storm as it moved up into the moutnains: 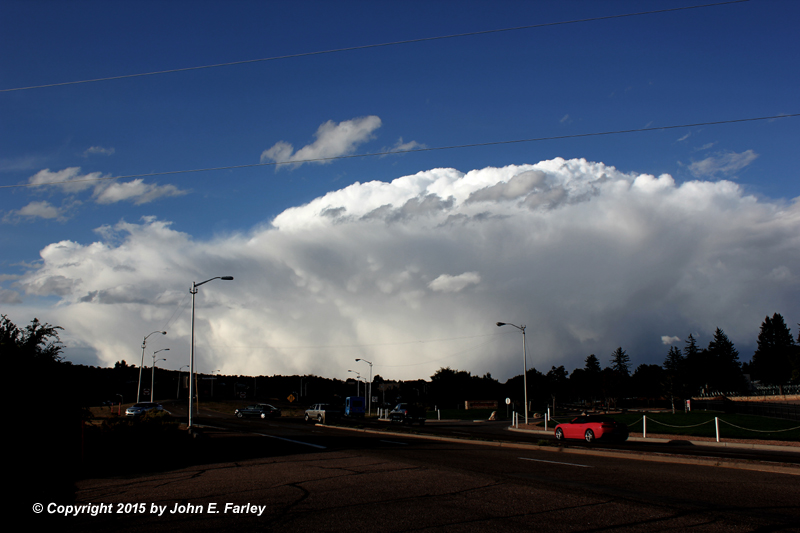 Not bad considering all my storm photo ops were within either the Albuquerque or Santa Fe metro areas!