On Thursday, August 16, strong storms developed over parts of northern New Mexico. This was the result of the interaction of a diffuse back-door cold front with monsoonal moisture, a combination that created favorable conditions for heavy rain and, in localized areas where boundaries of various types added additional forcing and wind shear, strong to severe thunderstorms. Due to an evening meeting, I was unable to do any real storm chasing, but while I was out running errands late in the afternoon, the storms intensified as they moved into the Santa Fe area. Around 4:30 p.m. just west of the intersection of Cerillos and St. Michael, two major Santa Fe thoroughfares, I was startled to see this: 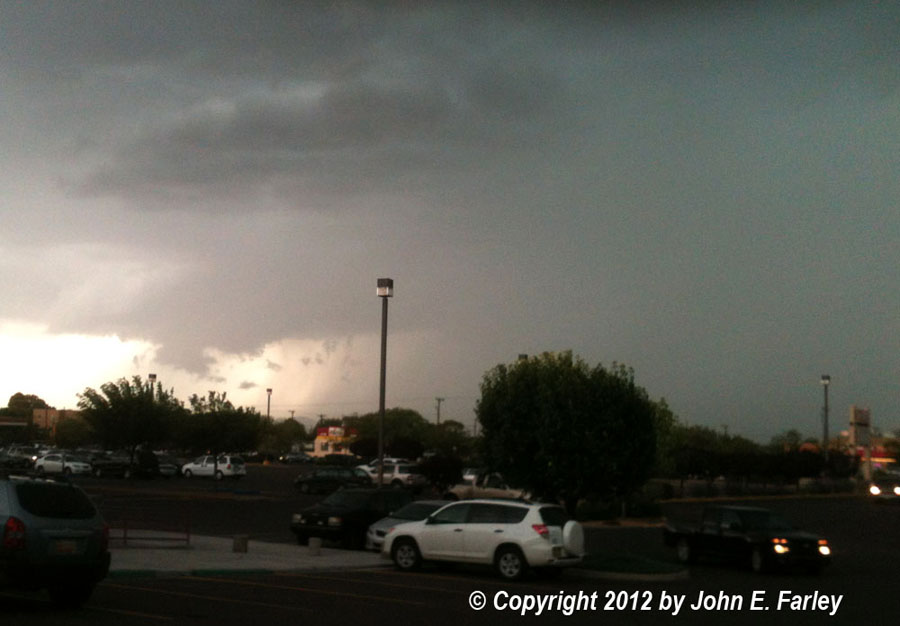 This is about as close to a supercell-type structure as you ever see west of the central mountains in New Mexico. This cell produced a radar-indicated 3 inches of rain northwest of Santa Fe, and almost certainly some fairly copious hail in localized areas. As it moved into Santa Fe, it produced an intense barrage of cloud-to-ground lightning in Santa Fe: 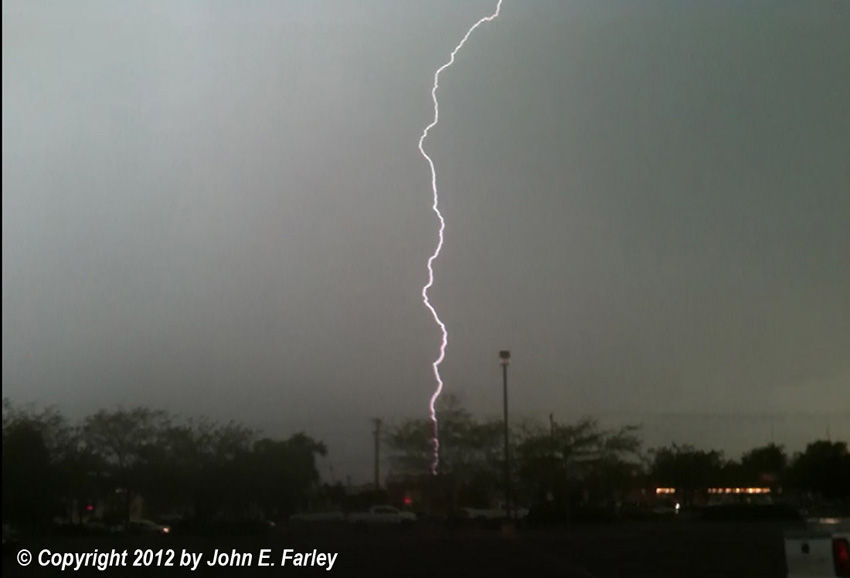 This, however, was pretty much the last hurrah for this cell, as its inflow was cut off by a new stronger storm just to its southwest. The new cell quickly became the storm of the day, getting the first of three severe thunderstorm warnings as it dumped large quantities of hail and torrential rain on I-25 at La Bajada Hill. TV news video from this area showed the ground completely covered by hail with the freeway's median turned into a river. As the storm continued south, it produced multiple reports of 60 mph wind, flash flooding, and at least golfball sized hail, with some media reports indicating tennis ball to softball sized hail in the Edgewood area, where there were also reports of accumulations of up to a foot of hail, necessitating the use of a snowplow. The most serious consequence of the storm was the shutdown of the commuter rail line between Albuquerque and Santa Fe, when a bridge was overtopped by three inches by floodwater. One train made it through at 2 mph, but after that the tracks were deemed unsafe, and the line remained closed the following day for inspections and emergency repairs.

Here are some links to various media reports on the storm:

Slideshow of flooding and hail on the Santo Domingo (Kewa) Pueblo, from News 4

Article on hail damage around Edgewood, from KRQE-TV

Article on the flooded rail line and video of the flood, from the Santa Fe New Mexican

Here are some local storm reports from the Albuquerque NWS: