An intense storm developed northwest of Abiquiu Lake in northern New Mexico this afternoon. This storm was located in the Rio Chama valley of southwest Rio Arriba County. The storm produced torrential rain and some hail, and appeared to have had some supercell characteristics. Radar indicated that the storm was producing penny-sized hail and 50 mph wind, and that some localities may have received in excess of two inches of rain in a little over an hour, as the storm moved only very slowly. Later, after taking these pictures, I skirted through the eastern edge of the storm and encounter blinding, torrential rain and some hail. Not sure the size, but probably under a half inch. However, I was not in nearly the most intense part of the storm. I would not be surprised if there were both wind and hail that met severe criteria, along with probably some localized flash flooding. However, the area the storm impacted most heavily is very thinly populated, so impacts were probably pretty minor, and I have seen no reports, perhaps because nobody was in the area most impacted.

Note in these pictures the rainfoot feature likely caused by a wet microburst or wet RFD (rear flank downdraft). I think that near the updraft and in the RFD, there was undoubtedly some pretty strong wind as well as some hail. In the last two pictures, you can see clouds being formed near the ground and forced up the side of a canyon. This occurred due to the wind and the cold precipitation hitting the side of the canyon and being forced upward, and simultaneously condensing to form a cloud because of the cooling. 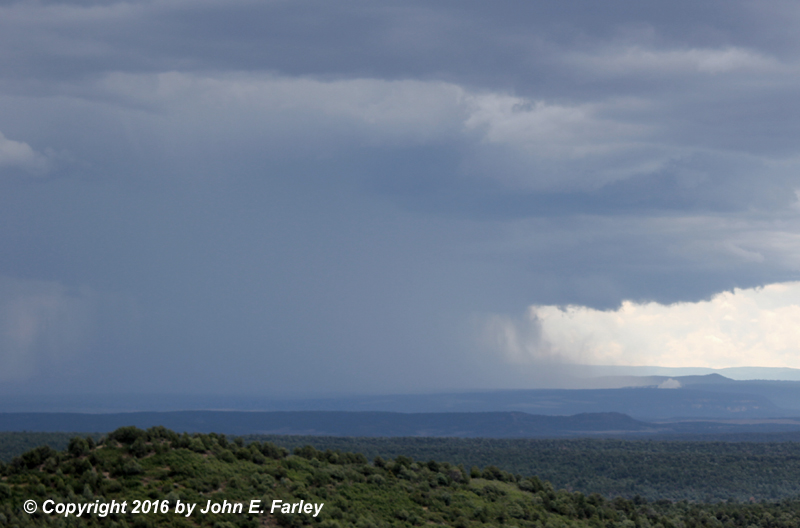 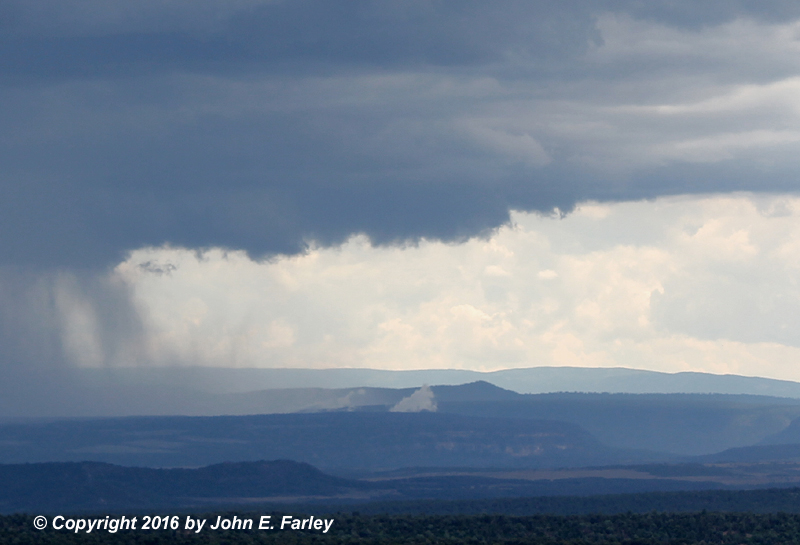 The pictures above were taken from the scenic overlook along U.S. 84 at the high point a little south of Tierra Amarilla.

You can see a short video sequence of stills I took of the cloud being forced upward here: