Severe flooding occurred in several areas in the St. Louis metropolitan area during the late afternoon and early evening of July 21, 2010. A line of thunderstorms with very intense rainfall developed approximately along the I-64 corridor in Illinois and the I-70 corridor in MO, and remained stationary for about an hour and a half, resulting in rainfall of 2-4 inches in the area most affected. Flash flooding was widespread in north St. Louis County, the northern and downtown portions of St. Louis City, and East St. Louis, Belleville, and O'Fallon in Illinois. Flooding forced the closure of all of the major freeways that go through downtown St. Louis, mainly due to five feet of water on I-55 and I-70 near where they intersect with I-64 in East St. Louis; however I-70 was also flooded in several locations in St. Louis. Numerous cars became stranded, there were some high-water rescues, many homes flooded, and at least two building roof collapses due to the heavy and rapid accumulation of rain. There was also intense cloud-to-ground (CG) lightning, and the City Museum's building was damaged by lightning in St. Louis.

I decided to head out for a look at the storm, and was able to get a good view of the storm from the intersection of IL route 162 with I-55 just west of Glen Carbon. I observed numerous flashes of CG lightning 2 or 3 miles to my west, southwest, and south, over Granite City, East St. Louis, and Collinsville. The lightning was quite spectacular, and I tried to get video, but somehow messed up and got only a short video clip of the inside of my car. Apparently the camera was recording when I thought it was not, and not recording when I thought it was - not sure how that happened, but it's very annoying as it would have been good lightning video. Anyway, after a while, the storm began to form some small lowered areas on what turned out to be a developing shelf cloud where precipitation was starting to fall under new convection triggered by the outflow from the original storm. I tried to move closer to the storm, to the Horseshoe Lake Road exit, but as the storm began to surge north, that area was in the core by the time I got there, so I retreated back north. Since the rain was now reaching my original location, I continued on and returned to Edwardsville. The core of the storm remained southwest of there, but it did produce light to moderate rain and a lot of thunder for about an hour in Edwardsville, ending with a nice rainbow: 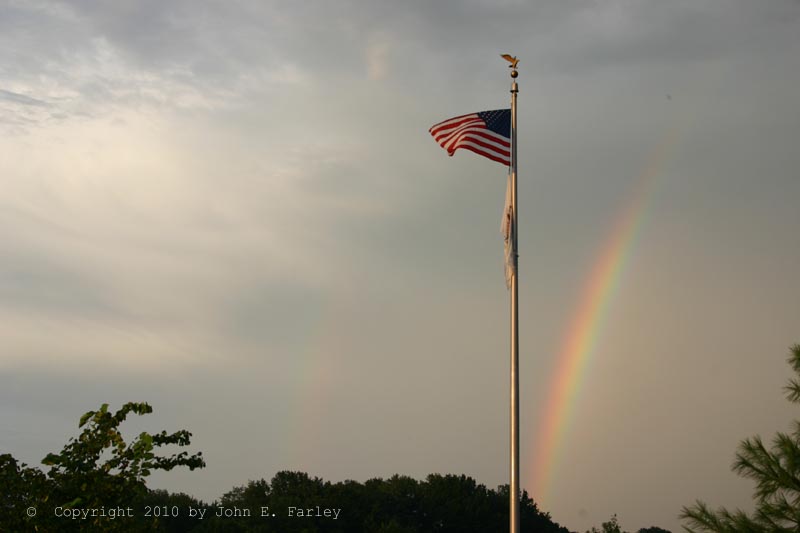 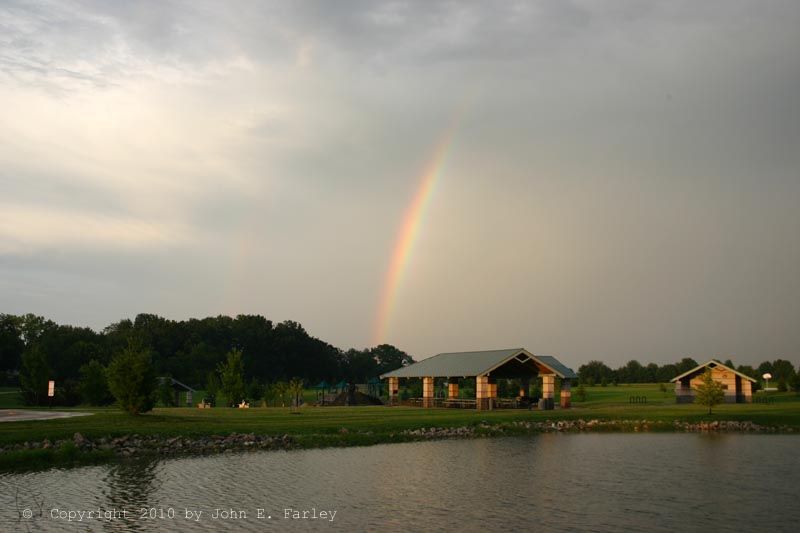 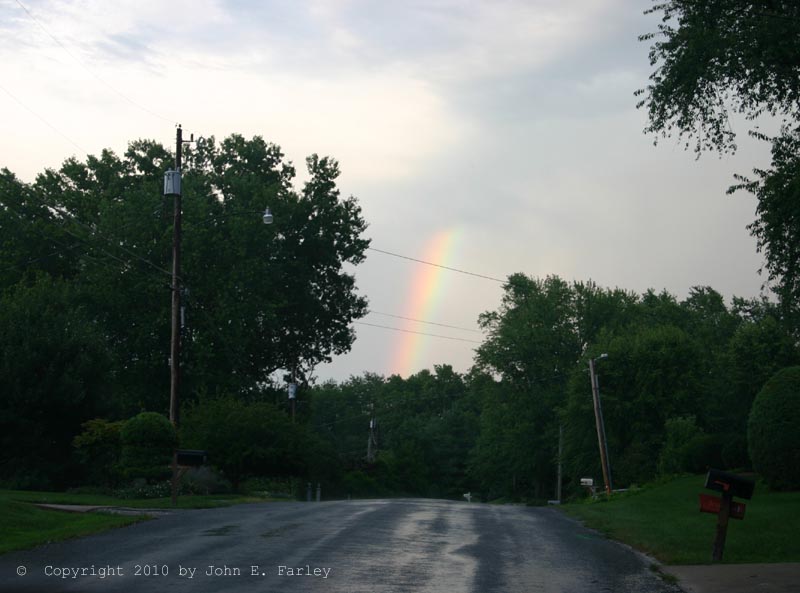 While I was out watching it, there were two significant weather advisories issued for the storm for 1/2 inch hail and 40 mph wind, and also an urban and small stream flood advisory. Shortly after I got home, that was upgraded to a Flash Flood Warning, as it became evident that serious flash flooding was under way. In some locations, rainfall rates exceeded 3 inches per hour!


A report on the storm with a radar precipitation-total image and some photos is available here.