The 2022 Southwest Monsoon had an exceptionally early and strong start. In fact, an article in the Albuquerque Journal on June 22 quoted a meteorologist saying that since record-keeping began in 1905, this is the earliest that there has ever been a monsoon onset of this intensity in New Mexico. Very much needed, given the extreme drought in much of the Four Corners states. In Pagosa Springs, CO, we had close to an inch and a half of rain in the week between June 16 and 23, bringing us well above the usual June total of under an inch - and more is likely on the way before June is over. The attached pictures are of sunlit mammatus after a rather light (compared to several other recent storms) thundershower passed over our house the evening of June 23. 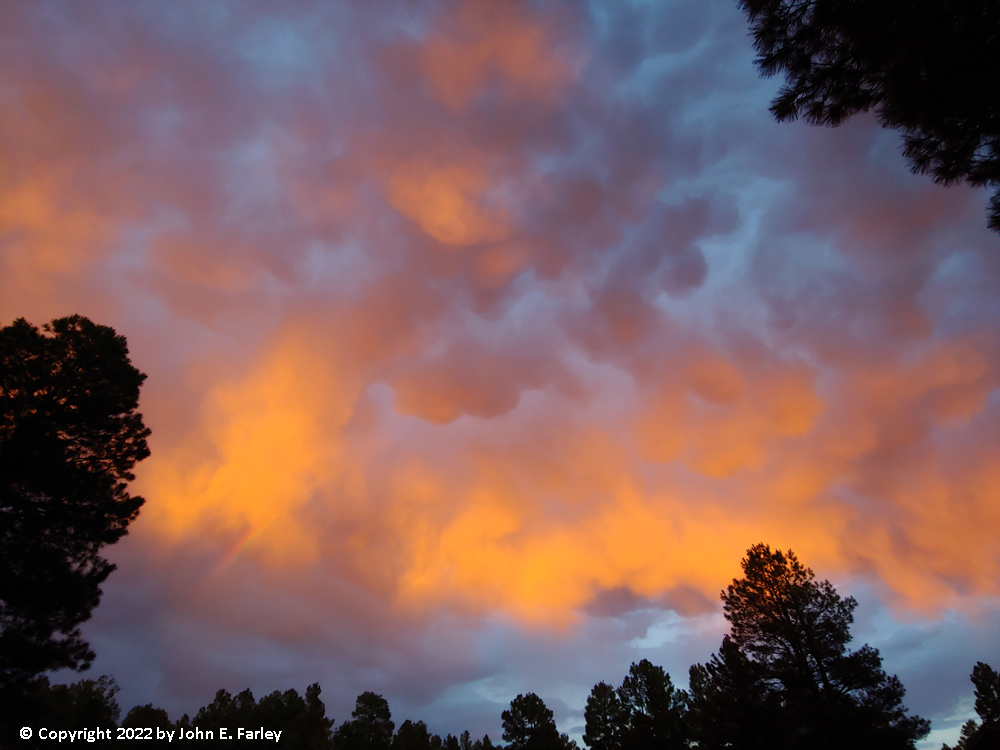 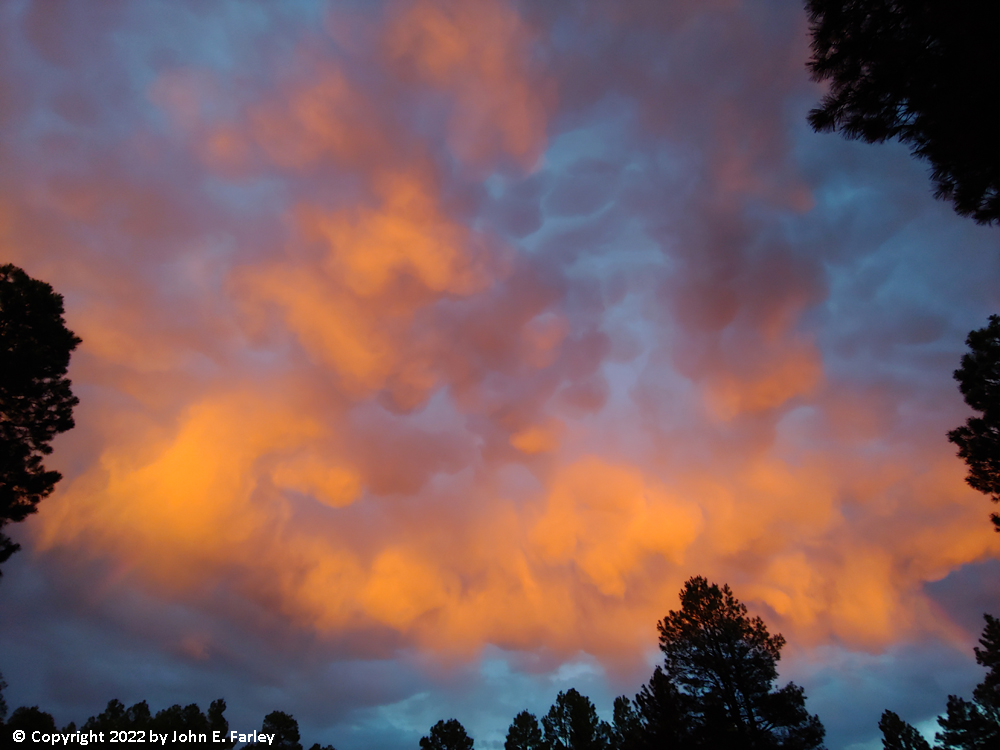 After a while, the cloud base became even more brightly lit by the sun: 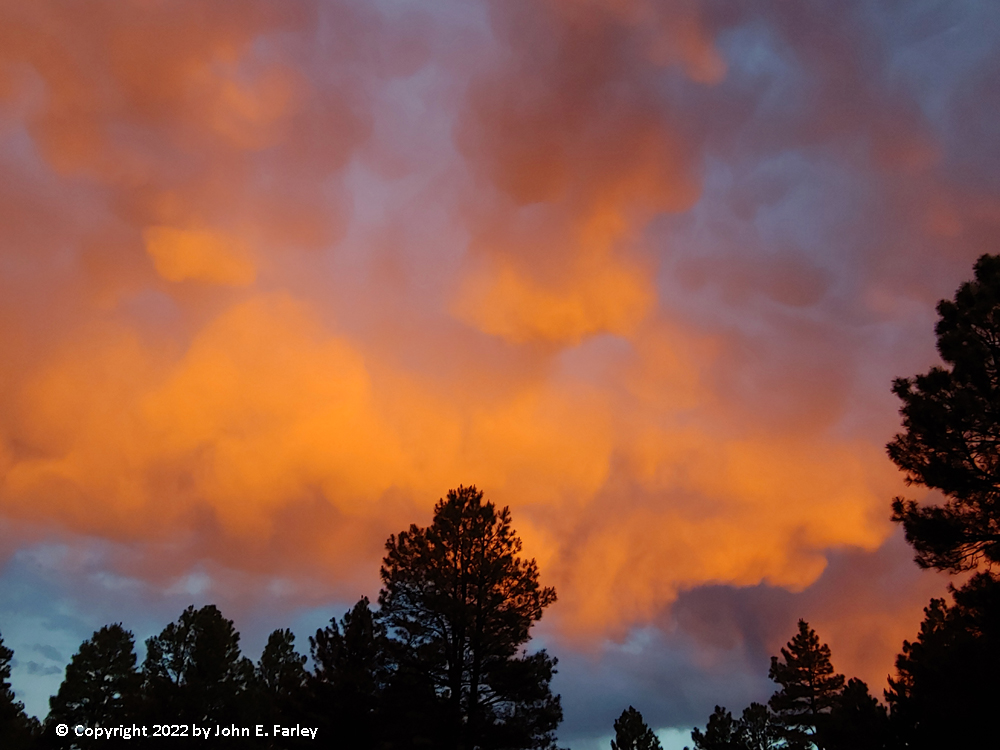 All of the pictures above were taken looking to the east or ESE. As the sun got lower, it also illuminated mammatus in the western half of the sky. This picture was taken looking west shortly before sunset: 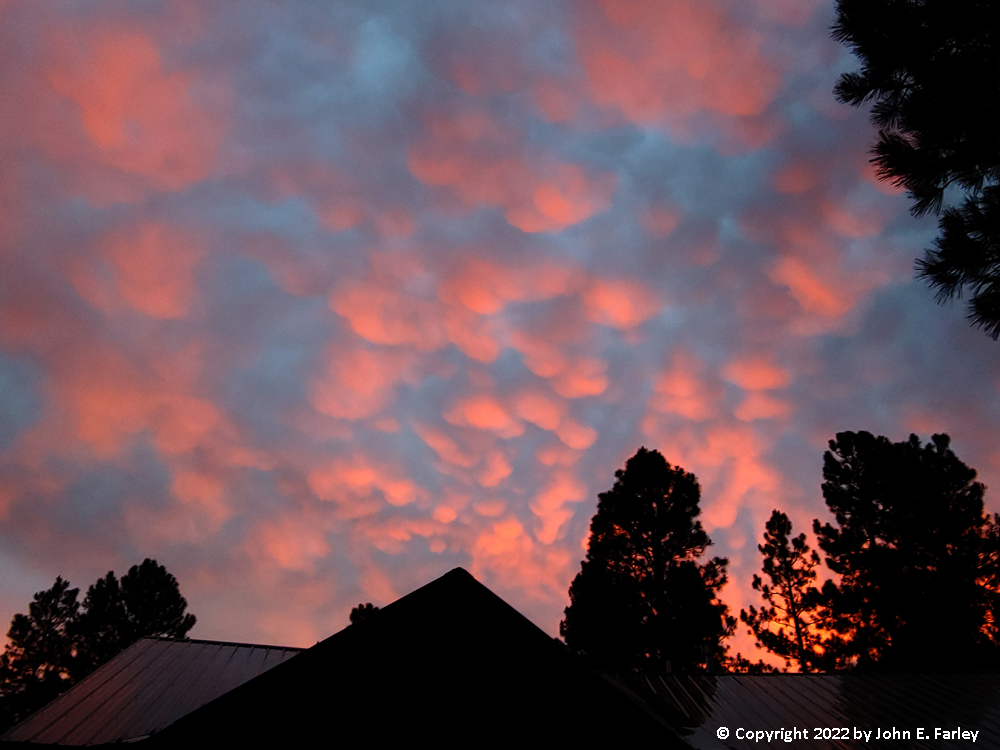