During May, 2022, southwest Colorado was extremely dry throughout the month, as the storm track remained well north, giving the area a lot of wind but no moisture. However, on May 29, as a strong system passed a bit closer to the north, a cold front brought in just enough moisture and instability for a few thunderstorms, mainly over the mountains. With the cold air, the p-type was frozen - snow and graupel (snoe pellets) - above somewhere in the 9,000 to 10,000 foot elevation in the San Juans, transitioning to mainly rain below 9,000 feet. And some hail in the stronger cores, with in fact quite a number of hail reports across western CO on this day.

By late afternoon, a cluster of thunderstorms had formed north of Durango, and was moving east into the San Juans northwest of Pagosa Springs. I headed up Piedra Road, and was able to get some pictures. Thunderstorms with winter precipitation are rather photogenic because of the wavy, whispy appearance of the snow and graupel as they fall from the cloud base - quite different from the straight precipitation shafts you get with rain. And when I saw some bright CG lightning, I decided to get out the lightning trigger, and thus even got one picture with lighting in it. Here are a few of my favorite pictures from the day: 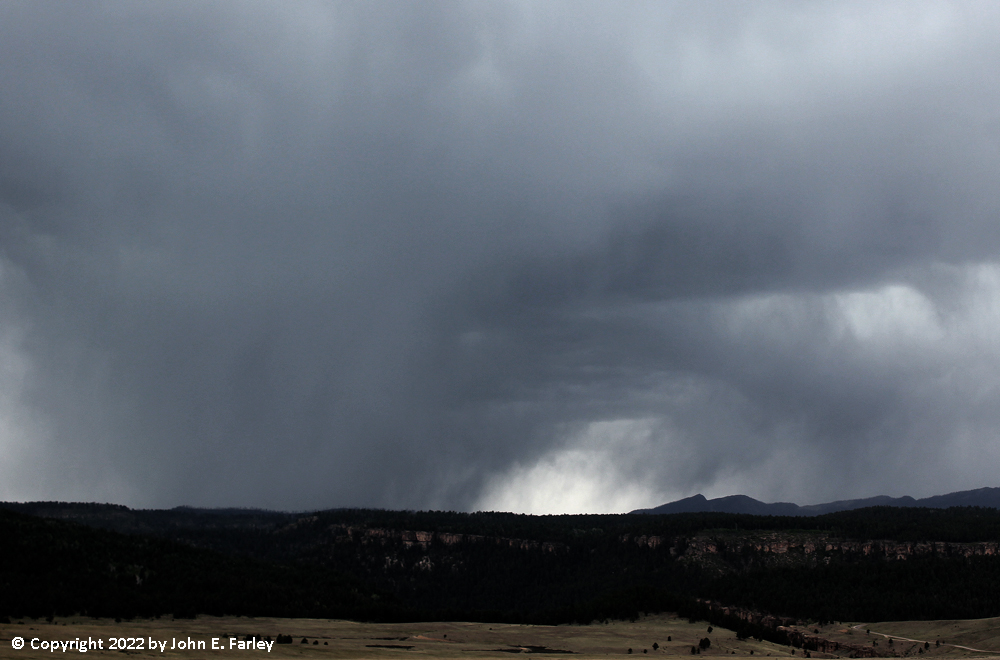 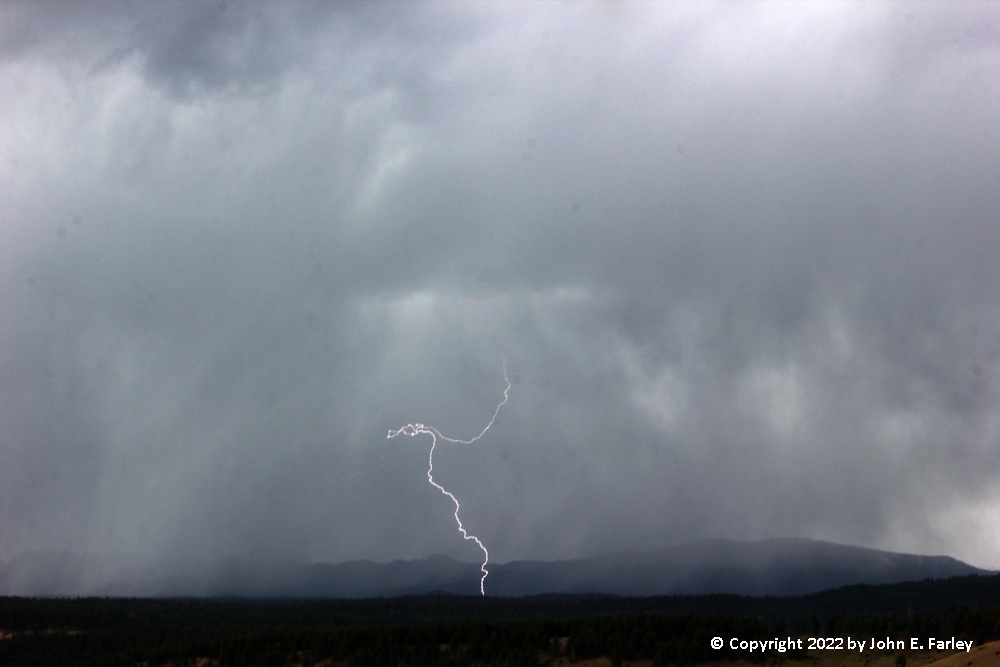 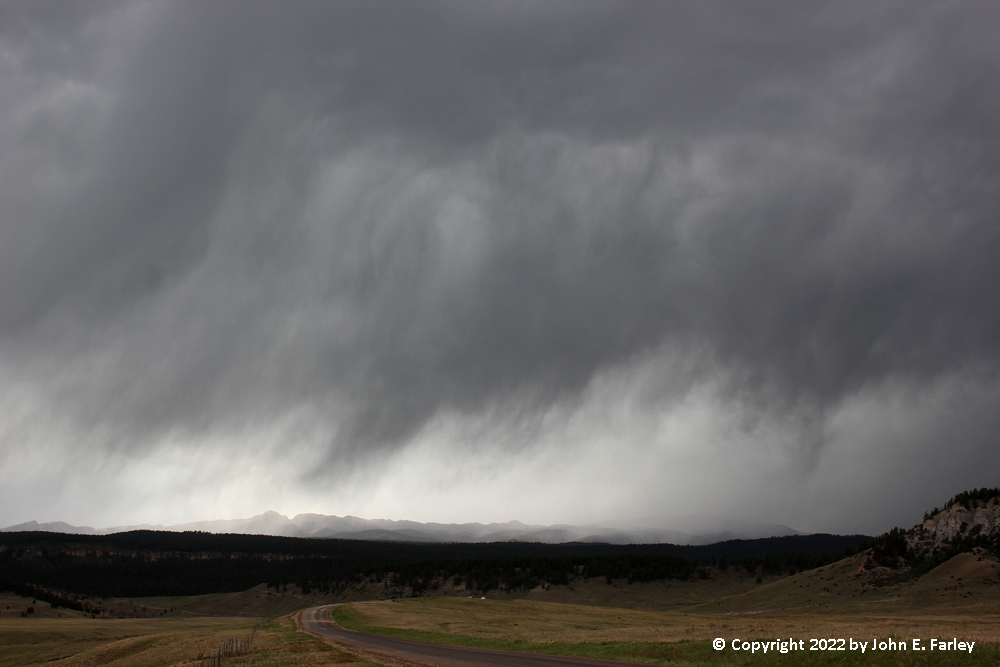 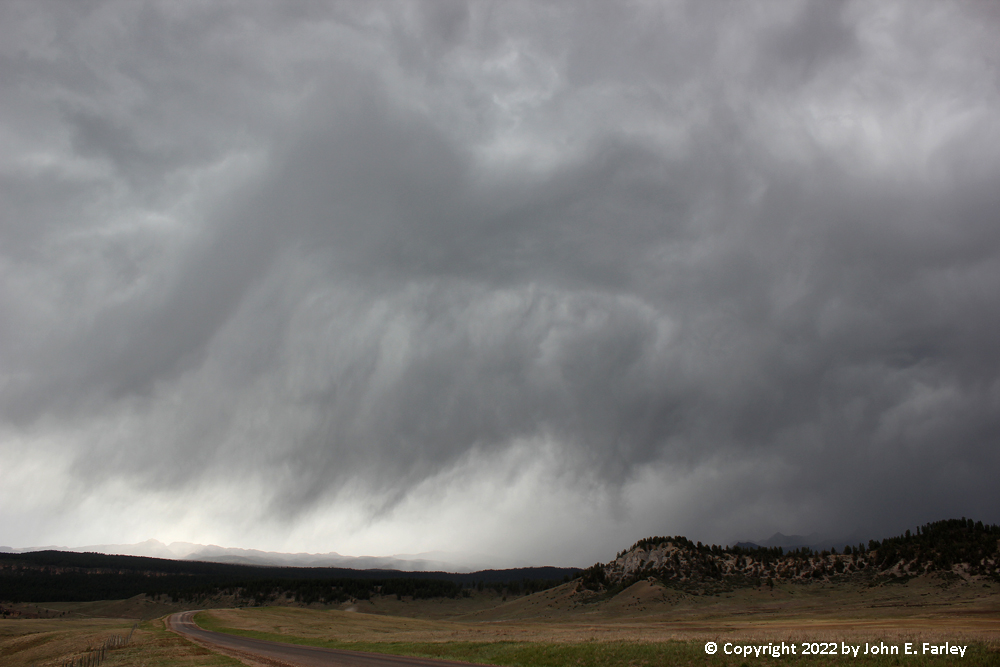 As I started to work my way back, the precipitation cleared enough to see that a little snow had accumulated in the higher altitudes of the mountains: 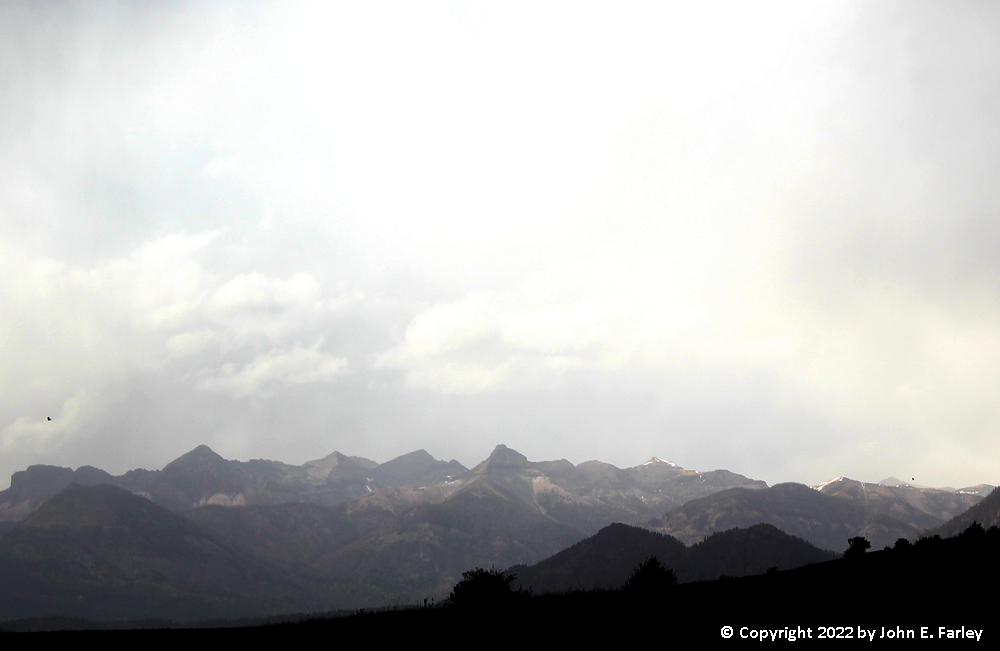 With the rather warm ground and high sun angle, it wasn't much even up there, but there did appear to be a little.

With the prolonged dry spell, today was the first time I had seen lightning since May 1, and that was in Texas. Unfortunately, we got only a brief spritz of rain at home, not even enough to wet the sidewalk.