From the afternoon of March 5 through the morning of March 6, snow was widespread over northern and eastern New Mexico. An especially intense and persistent area of snow set up from just north of Santa Fe into the Sangre de Cristo Mountains northest of the city. At the Santa Fe Ski area (elevation 10,300 to 12,075 feet) 31 incehs of snow fell in 18 hours, from 4 p.m. on the 5th to around 10 a.m. on the 6th. Now, it is not unusual to get heavy snows at that altitude, but that much snow in such a short time is very unusual.

While skiing on the 5th, I could tell this was going to be a pretty significant storm by the cloud features I saw as the storm was developing around mid-afternoon. This snowstorm, like most in the northern New Mexico mountains, was convective in nature. I observed rising scud under several of the stronger updrafts as the storm developed, and in one place the rising scud consolidated into a lowering that looked much like the wall clouds that develop under the updrafts of severe/rotating thunderstorms. Naturally, I did not have a camera with me. The snow began at the ski area around 4 p.m. and started about 3 hours later in the city, as the storm system backbuilt to the west. In Santa Fe near downtown, about 4 and a half inches fell between 7 and 10:30 p.m., before a lull in the snow that lasted much of the night, but which did not occur to the north and northeast of the city. I also saw what looked like a couple flashes of lightning aorund 11 p.m., but I am not completely sure as I heard no thunder. However, since the heaviest snow area at the time was 10 miles north, it might have just been too far away to hear the thunder, especially since snow tends to muffle thunder.

Here are a few pictures from Ski Santa Fe that were taken Thursday: 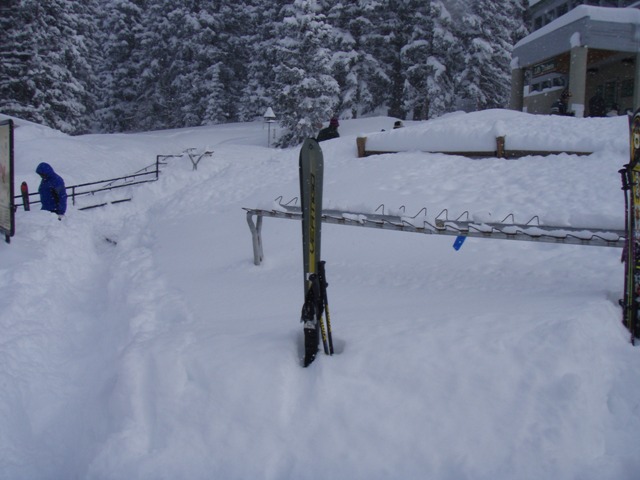 When I leaned my skis up in front of the lodge upon arrival, they sank into the snow to half their length. My poles and the rack were mostly covered. 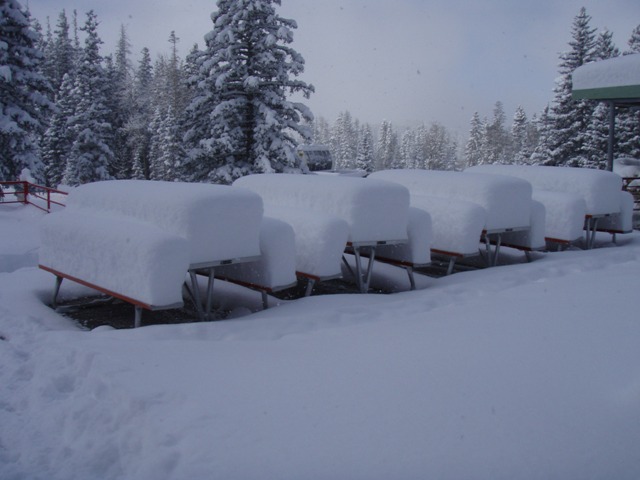 No picnics on the lodge deck today. 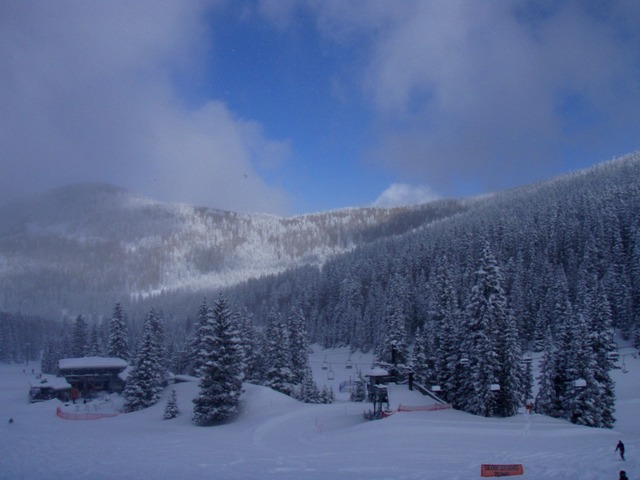 Around 10 a.m., the sky was beginning to clear, but there was still some light, showery snow. 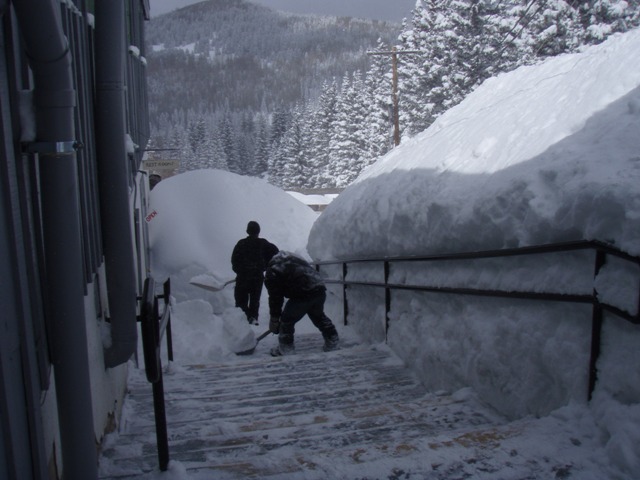 Shoveling out the steps to the bathroom at the mid-mountain lodge. It's been a big snow year in NM; where to put it all is becoming a challenge! 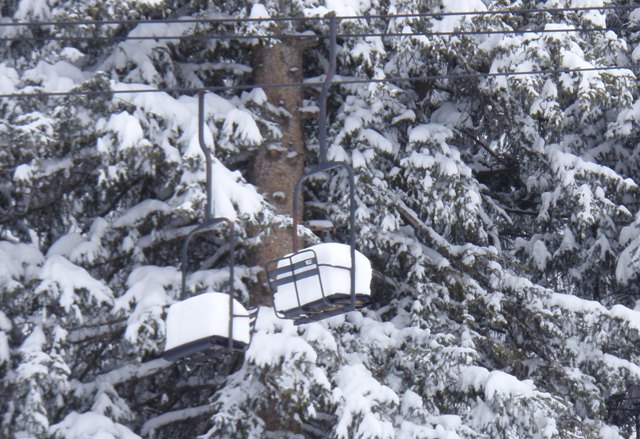 A chairlift that was not in use. Note the snow accumulated above the backs of the seats!