These pictures are from July 15 to July 17, all of storms associated with the Southwest Monsoon. Not enough here for a separate link for each day, so I decided to group them together. This first picture is from a storm that developed south of Santa Fe around sunset July 15, and tracked north into the city as darkness fell. Not nearly as much lighting as the previous night, but I did get this nice shot looking south from Santa Fe: 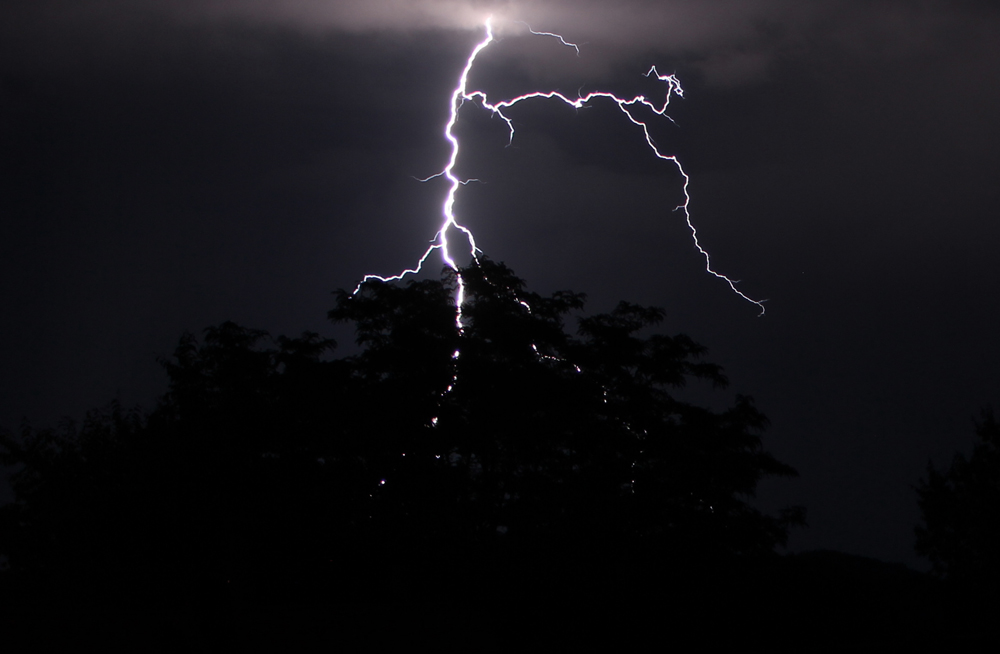 By the following evening, July 16, I was back in Pagosa Springs, CO and caught some nice sunlit mammatus just before sunset: The next day, July 17, storms developed along the Continental Divide near and south of Wolf Creek Pass, CO. Photo ops were tough, as the storms mostly stated east of the divide, opposite of where I was. But I did get this picture just before 4 p.m., which is not technically great, but certainly does tell a story. With a lightning trigger, I captured a CG bolt way up in the mountains (likely on the other side of the divide), but also with smoke from a small wildfire that was started about an hour and a half earlier by a bolt from a small cell that did make it to the western slope of the mountains: 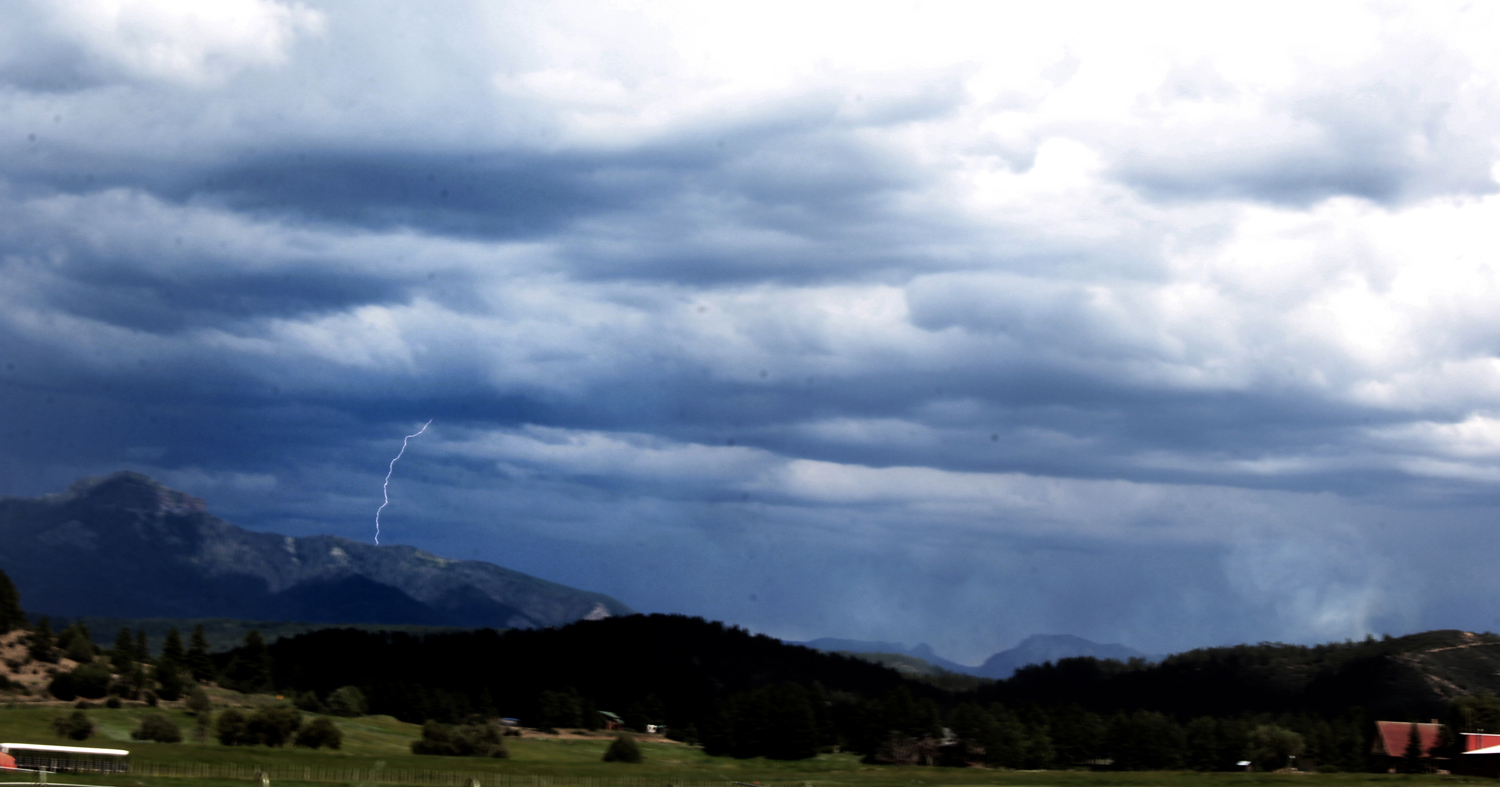 The fire in this picture is one of several small wildfires that were started by lightning July 16 and 17 in Archuleta County, CO. Fortunately, they were all pretty small, and with the high humidity, scattered rain, and good firefighting crews in the area, they all were quickly contained.