During the last week of June, a somewhat monsoon-like pattern developed over New Mexico, Arizona, and the southern parts of Coloardo and Utah. Not quite a classic North American Monsoon pattern, but moist enough for some heavy rains in the mountains and occasional and scattered wetting rains in the valleys. And for some nice photo ops!

During the afternoon of June 27, a cluster of storms moved off the San Juan Mountains into the Pagosa Springs area. I was out with the camera hoping for some lightning, but nearly all of that was in the clouds. However, one storm did produce a couple of interesting features under the cloud base: 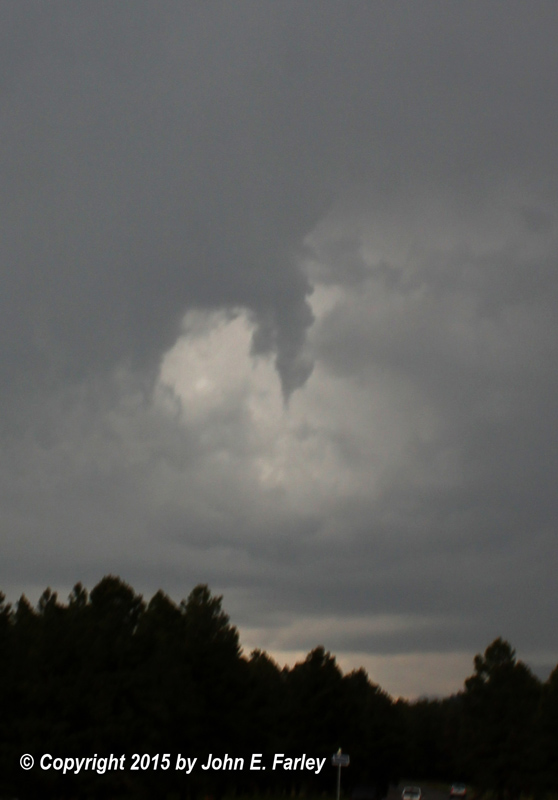 I am not completely sure, but I suspect these may have been shear funnels. Or possibly they were just scud fingers. Both came from the same parent cloud. The first lasted about 5 minutes, while the other was somewhat shorter-lived, about 2 or 3 minutes. Whatever they were, they presented no threat, but were interesting to watch.

Later, toward sunset, another cluster of strong storms developed over the mountains: 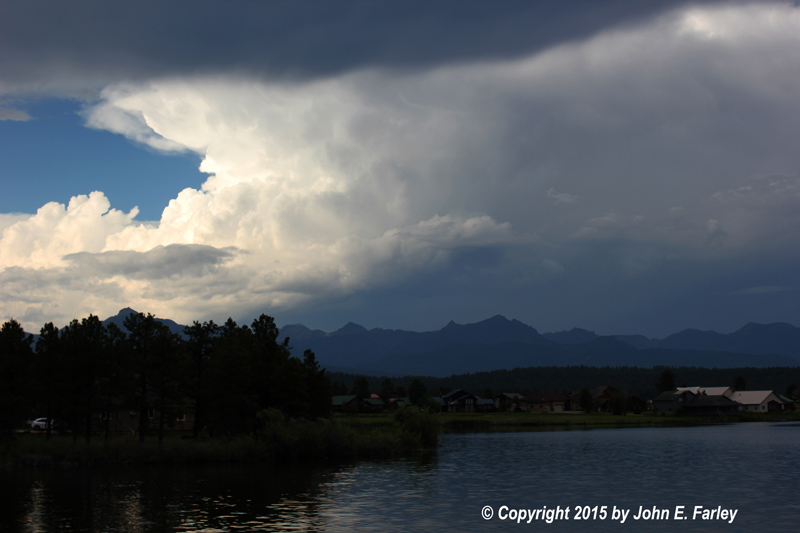 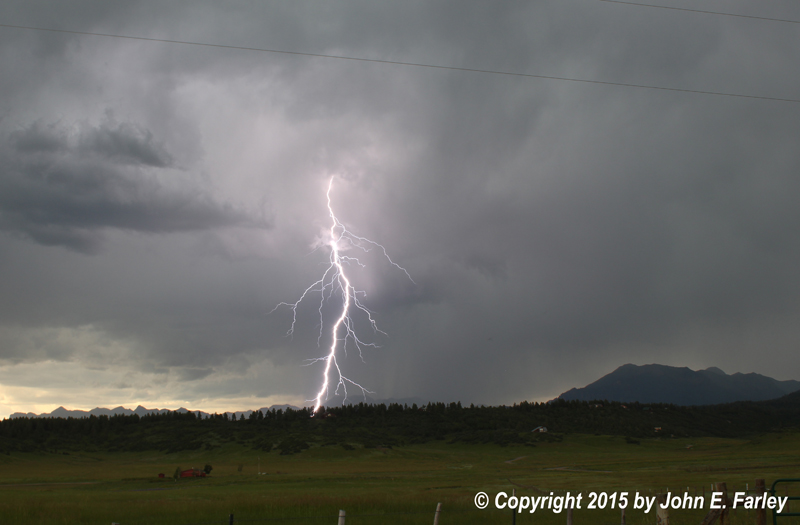 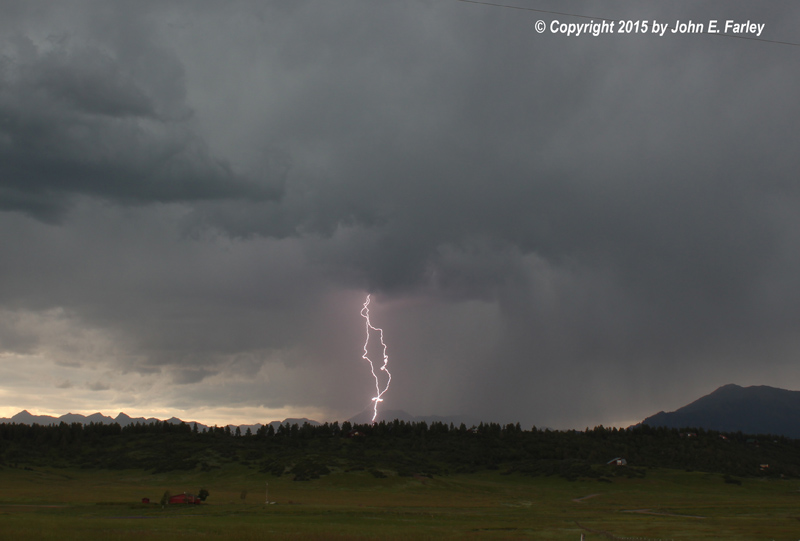 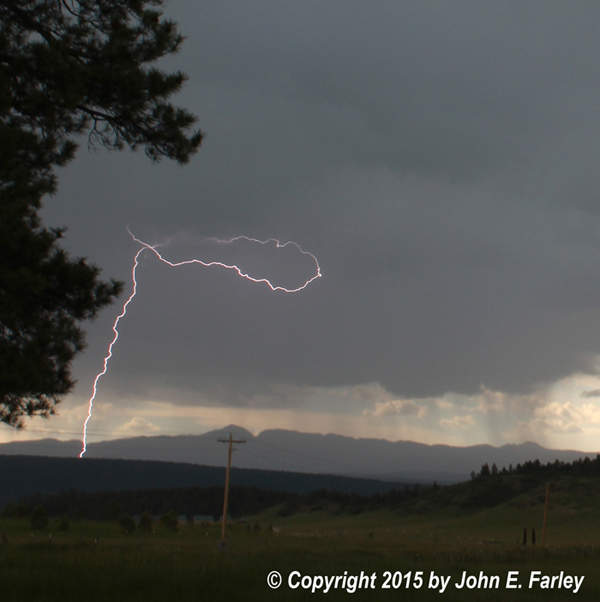 A cluster of storms moved into the Pagosa Springs area around 10:30 p.m., producing quite a bit of cloud-to-ground lightning. At first, most of it was pretty far away: 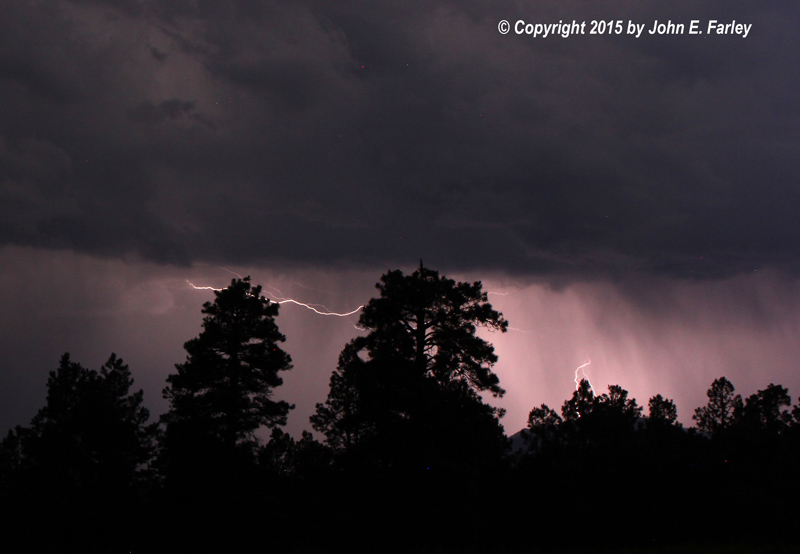 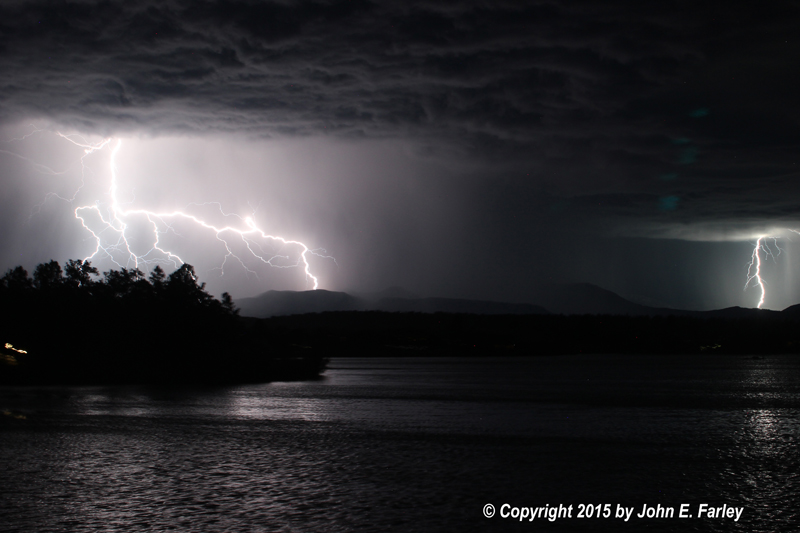 Eventually the storms moved closer, producing a couple flashes within a mile or so just before the rain began. The next picture was taken from inside the car. The strength and relative closeness (about a mile) of the bolt resulted in it being overexposed, and there were by then a few raindrops on the camera, but the photo does nicely capture the intensity of this strike: 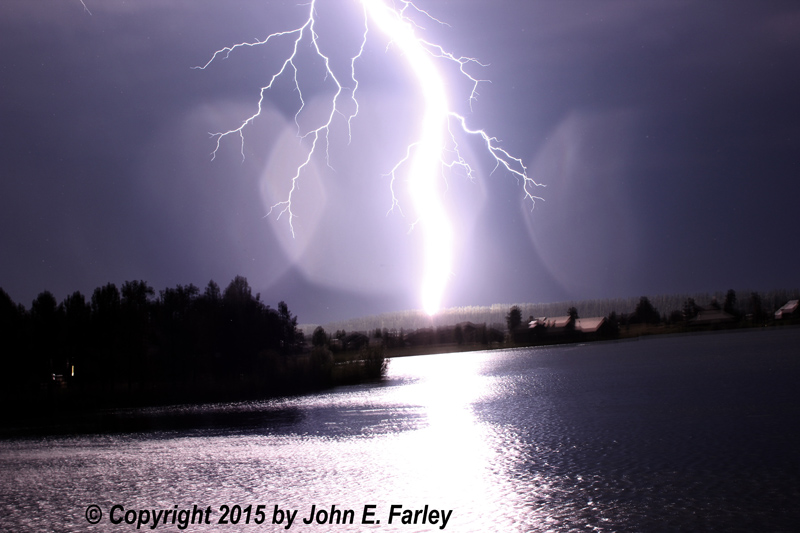