Recently I photographed these waterfowl in southwest Illinois, some of which I suspected may be duck-goose hybrids. Turns out they are not-see comments below the pictures-but still interesting! Such hybridization is very rare (though hybrids between mallards and other kinds of ducks are common). Duck-goose hybridization has been observed among waterfowl in captivity, but there is debate about whether it occurs in nature.

I didn't really know whether these were duck-goose hybrids when I took these pictures, and wondered what they were. Again, see below. But one interesting thing is that this group pretty much always stays together. If you look at the first two pictures, you will see geese at the left (and these definitely are geese; they honk like geese rather than quacking like ducks). Turns out these are Chinese swan geese. You will also see mallards, as in the front center of the first picture. But then look at the others - lots with markings and colors that are intermediate between the geese and mallards that are always in this group of birds. Turns out these are some kind of domesticated, mallard-based duck, either Saxonies or Indian Runner Ducks, per comments below. I will research these breeds a little more and add anything interesting that I find on them as time permits. 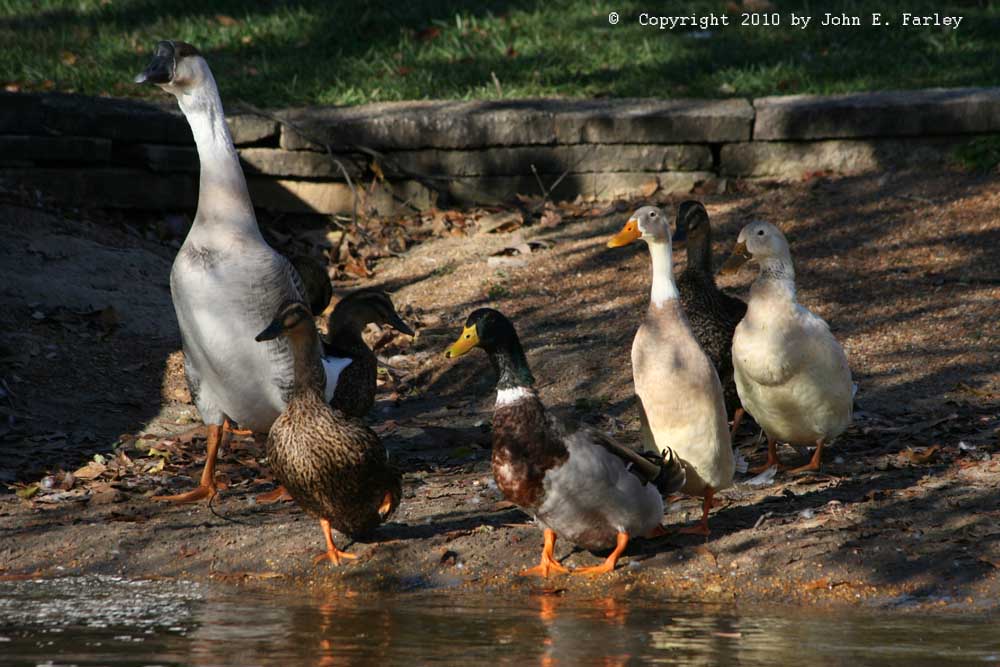 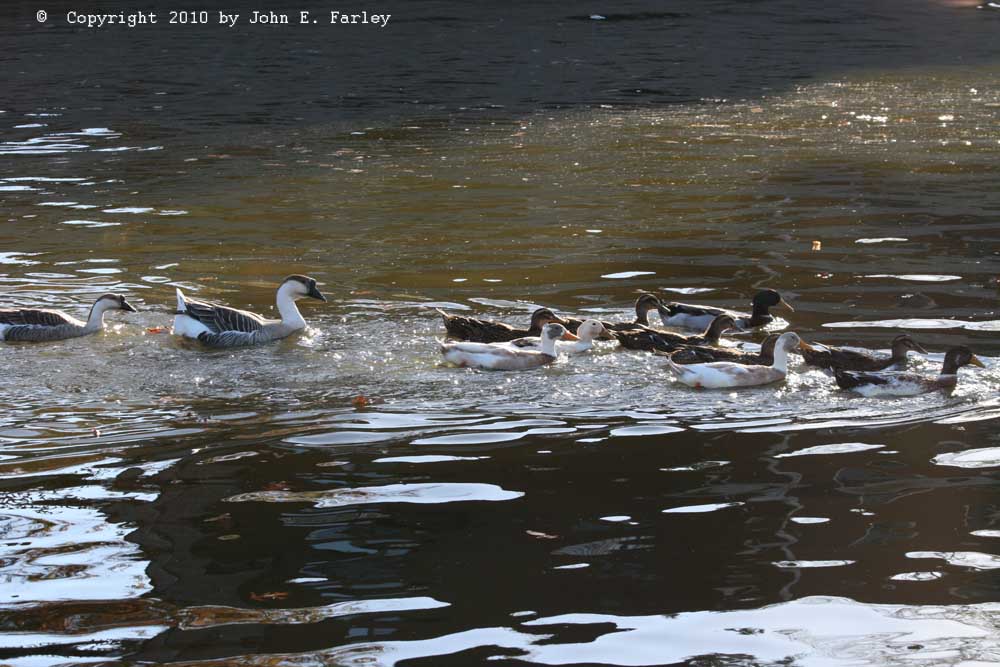 The following pictures give more views that show the range of appearances, and in the last picture, a more close-up picture of what I thought might have been a duck-goose hybrid. 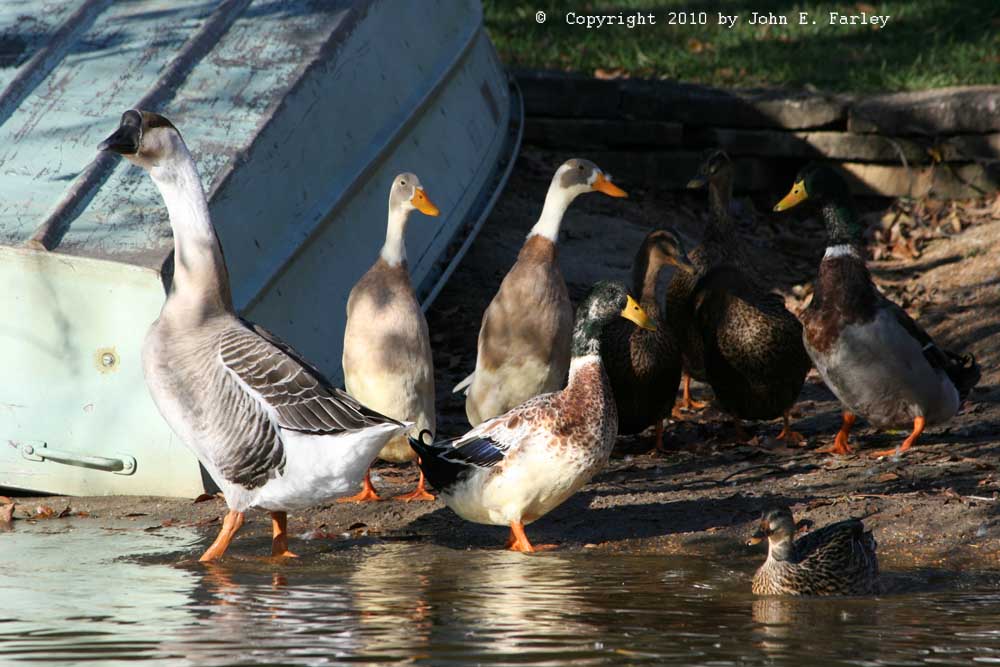 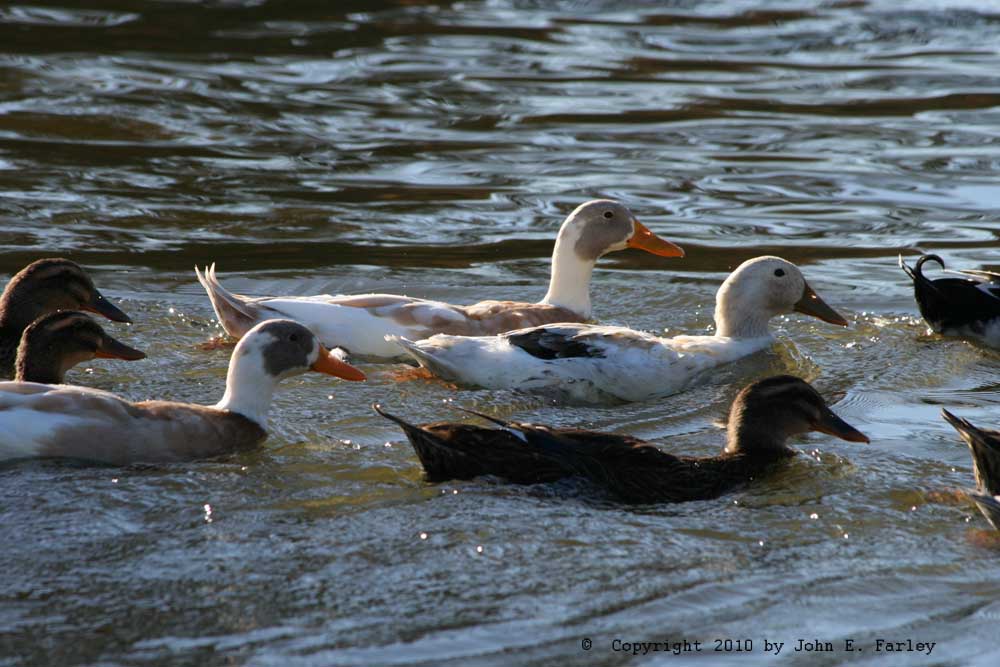 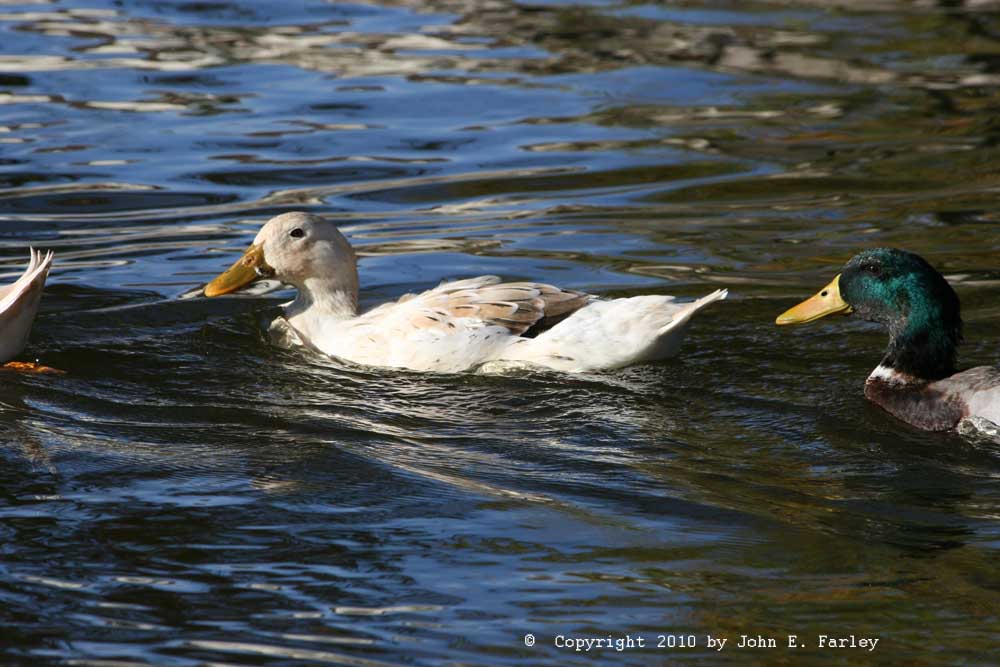 I would welcome any additional knowledgeable input on breeds such as Chinese swan goose, Saxony, or Indian runner duck, or any other information that might be relevant. If you have relevant information please email me. I will share any informative comments that I receive.


From Renne Leatto, November 8, 2010:
Thanks for the comments, Charlie and Rene. So there it is, folks - no duck-goose hybrids. These pictures were taken on a 130-acre residential lake in southwest Illinois - so it is entirely possible that the Chinese swan geese and/or the Saxony or Indian Runner Ducks belong to or were put on the lake by residents. Or maybe they are "fly-aways." But either way, it is interesting how they have bonded with the mallards on the lake - this group always seems to be pretty much together.