On the last day of June, I got a nice surprise to complete what has been a VERY good month for storm observation. Around mid-afternoon I noticed that a rather strong storm had developed over the Sangre de Cristo Mountains above Santa Fe, so I decided to go out and try to get some pictures. As it turned out, the storm gave me more than I could have hoped for, my best hail pictures so far this season.

I moved around trying to get a good view as the storm gradually drifted down toward the foothills. Just as I found a good viewing spot, a strong new hail core formed under what had been a strong updraft over the foothills, closer to me than the storm's earlier core: 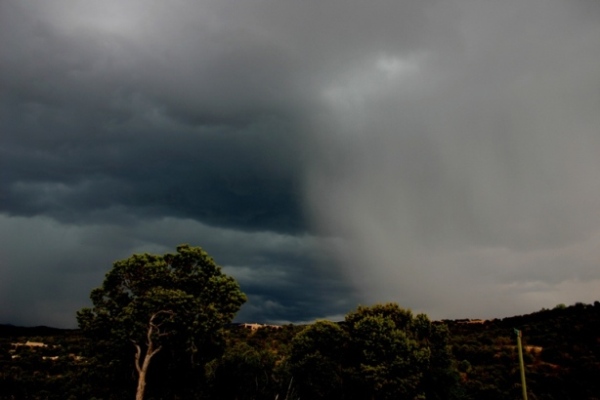 The core quickly intensified, as it drifted toward the northwest in the foothills: 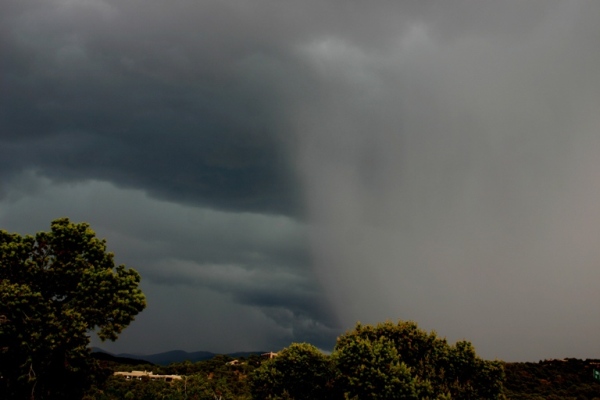 This moved directly over Hyde Park Road, the road up into the mountains to Hyde State Park and the Santa Fe Ski Area. After it crossed, I decided to head up and see what I could see. Before long, I got to an area where the ground was mostly covered by pea-sized hail: 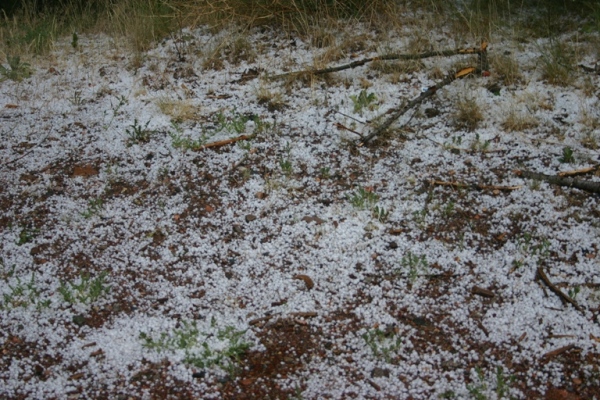 A little farther up the road, I got into some hail fog: 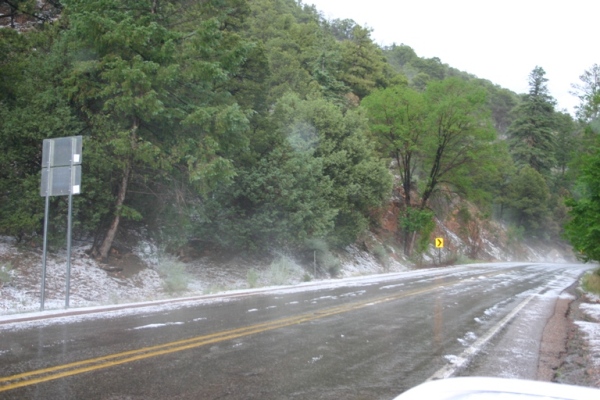 Here is another wider-angle picture taken from the same spot as the one above. Just a little farther, perhaps a mile up the road from the Ten Thousand Waves spa, the road was covered in at least a half inch of hail - probably more in spots - and very slippery: 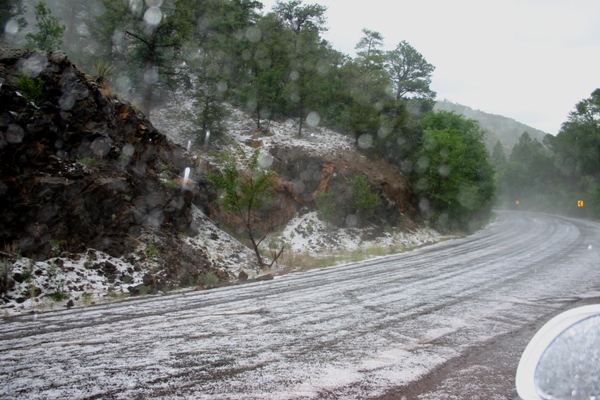 It was again raining and hailing a bit when I took this picture, accounting for its speckled appearance. I watched for a while, then headed back down, encountering another brief but rather heavy burst of hail near Ten Thousand Waves. When I got back into town, I learned that the storm had two flash flood warnings on it, along with radar indications of 50 mph wind. I did not encounter any wind nearly that strong, but there was a road washed out on the Teseque Pueblo ten miles or so north of Santa Fe.

While I was in the foothills observing this storm, I noticed a lot of emergency equipment from the Santa Fe Fire Department parked along the road and moving around from place to place. I am not sure if they were considering closing the road due to the icy conditions, or perhaps looking for hikers caught in the storm, or dealing with lightning strikes, or exactly what. When I came back down into town, there was quite a traffic jam down into town of people who apparently had been up in the mountains and got caught in the storm. Incidentally, the temperture drop with this storm was quite dramatic - from the low 80s before it moved in to the upper 40s just after the heaviest of the hail fell.