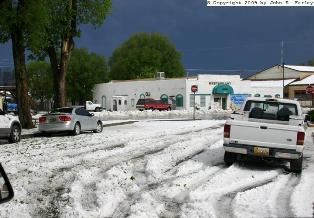 Today near Las Vegas, NM, I encountered the greatest accumulation of hail I have ever seen. I was kind of watching the storm, both visually when it first developed and later on radar, from the Santa Fe area, and when the second SVR warning was issued (I believe around 2 or 2:15 p.m.), I decided to head out. I could see right away that the storm looked quite intense, with backsheared anvil and overshooting top: 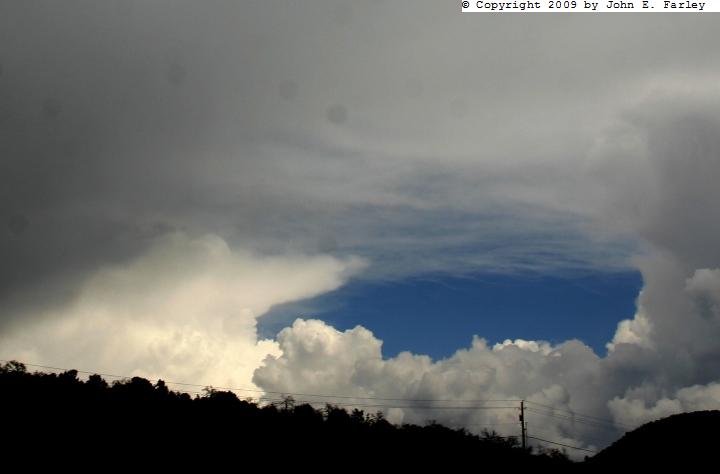 Soon a new cell formed a little west of the first one, and I worked my way toward it, stopping around 3:00 p.m. at Exit 323 and looking at the new cell putting down lightning and, after a while, a new burst of rain and hail a few miles to my east: 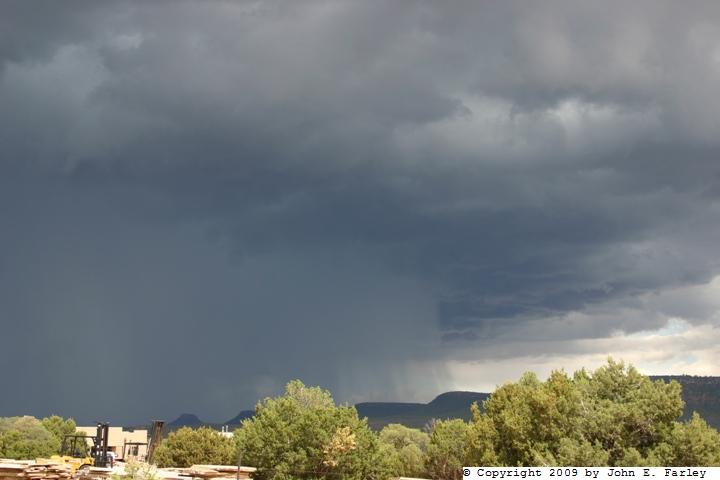 I got back on I-25 and nudged into the back edge of the new cell, which was now showing some definite hail shafts a couple miles west of exit 330, and soon I encountered a noticeable amount of hail on the ground. It accumulated enough on I-25 near mile marker 330 to cause a car to slide into the ditch about a mile west of Exit 330, which I think had occurred around 3:20. I reported this to the NM State Police through Onstar, noting that there appeared to be no injuries and that another motorist had stopped to help.

I exited at exit 330 (Bernal), where the ramp was rather icy from the hail, and stopped to avoid going further, into where the hail was still falling, and also to get some pictures of the penny hail on the ground. Once the hail there let up, after a little indecision about what to do next, I decided to go on to Las Vegas to see how much hail had fallen, as I had noticed a school bus coming from that direction with a couple inches of hail on the hood. By now, a little past 3:30, the storm had moved on to the southeast, with little chance of catching up in the NM road network, at least without really getting cored. Glad I did decide to go to Las Vegas! There was easily 3 or 4 inches of hail on the ground even 45 minutes or more after the hail ended there. Probably it was longer than that, really, as it was now nearing 4 p.m. and the hail in Las Vegas probably ended by around 3 or 3:15. I've seen hail that deep before, but only in a little narrow band. Today, the ground was covered over a swath at least 2 miles wide and I have no idea how long, with two embedded swaths of deeper hail 2-4 inches deep. Again, the largest I saw was penny-size, though some of it may have been larger when it fell - as I said, this was at least 45 minutes later, probably more. There was so much hail that the snowplows were called out, and people were usuing snow shovels to get it off roofs and out of driveways. In some places, it also stripped the leaves off the trees. Here are a few pictures of the accumulated hail: 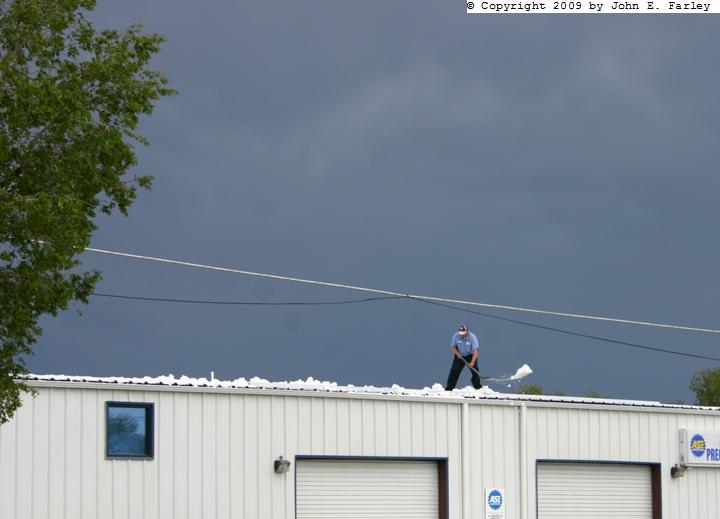 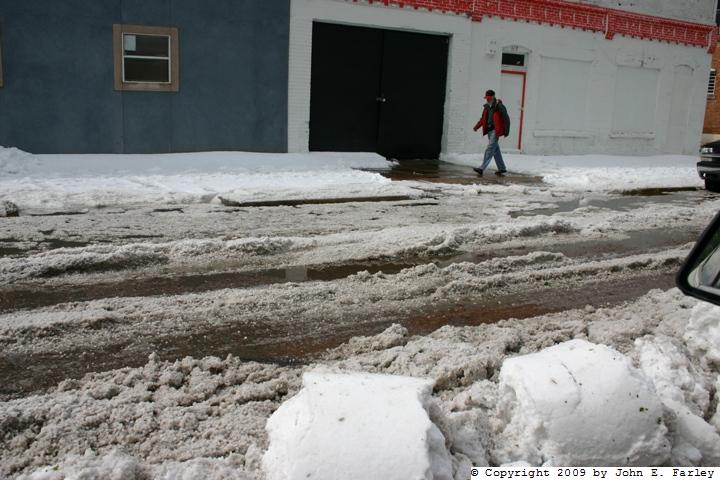 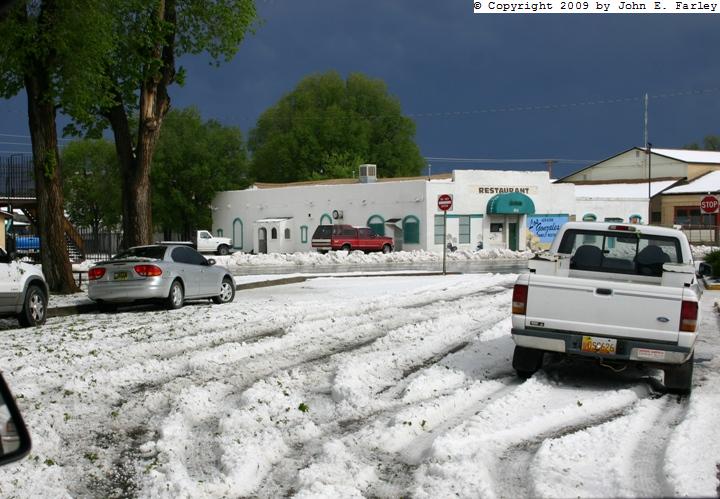 The first of the pictures above was taken on the east side of town, near the middle exit of the three exits to Las Vegas from I-25. The other two were taken in the New Town downtown area. I saw one newspaper report of hail as deep as 6 or 7 inches around the Plaza area, but I did not go into that area so I can't say. The deepest I saw was probably around 4 inches; maybe a little more. A major reason for the very heavy hail accumulation is that the storm moved very little between around 1:30 and 3 p.m., just more or less sitting over Las Vegas and dumping hail of varying size and intensity over a very extended period. More pictures here.