This was a day, that had the timing of things been a little different, could have been a major severe weather outbreak in Illinois. There were very strong dynamics, with an intense surface low passing to the northwest, strong and divergent upper winds, and good wind shear in the lower levels. However, the first batch of storms arrived early in the morning, in the form of a long-lived squall line that had produced hurricane force winds and tornadoes overnight in the Kansas City area, but was now weakening as it entered Illinois in the least favorable time of day for severe weather, around 9-10 in the morning. And this line cooled and stabilized the air, so that when storms tried to fire in the afternoon, the strong wind shear just blew them apart for quite a while, as there just wasn't enough instability left to get storm updrafts strong enough to keep from being blown apart. Had there been, there could have been a significant tornado outbreak.

Despite the lack of widespread severe weather and commitments in both the morning and late afternoon, I was able to get out for a while on the morning storms and again at mid afternoon as the second round of storms tried to develop. The picture below shows the leading edge of the morning squall line, looking northwet from east of Hamel, IL around 9 a.m.: 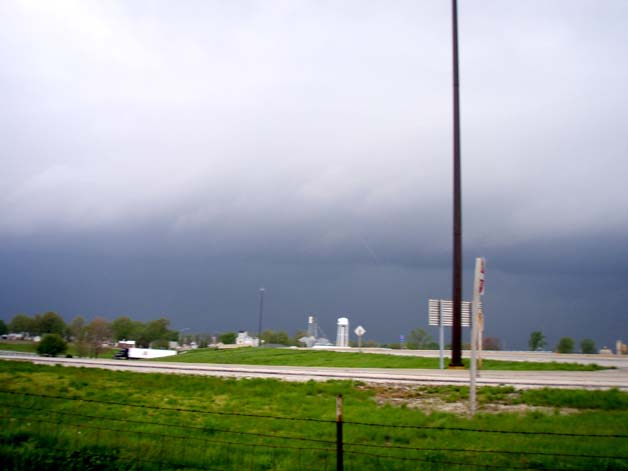 I positioned myself there because the strongest storm embedded in the line was moving through that area. It did not look that impressive to me, but not long after I took the picture above, between 9:10 and 9:20, the storm began to produce damage on the south side of Staunton, about 9 miles north of where I took the picture. It continued to produce wind damage intermittently north-northeastward for about 50 miles, to the Farmersville area. The next picture shows the "whales mouth" - the underside of the shelf cloud on the side toward the storm. Usually when the whales mouth is this visible, the storm is weakening. This picture was taken from northwest of Marine around 9:20, as the heaviest part of the storm moved away to the north of my location. 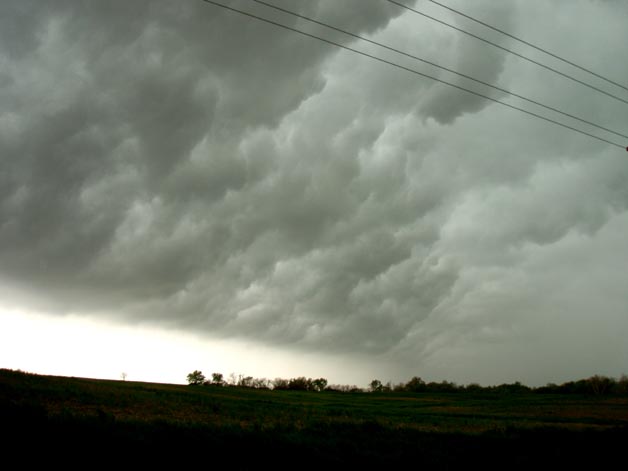 I headed out again around 2:30, a little farther up I-55 this time as storms began trying to fire in and north of the St. Louis area. I thought with the strong wind shear that if a strong storm did get going, it could get quite severe in a hurry. But the updrafts at this point just weren't strong enough to sustain themselves in the intense wind shear. The first picture shows towers going up north and northeast of Farmersville: 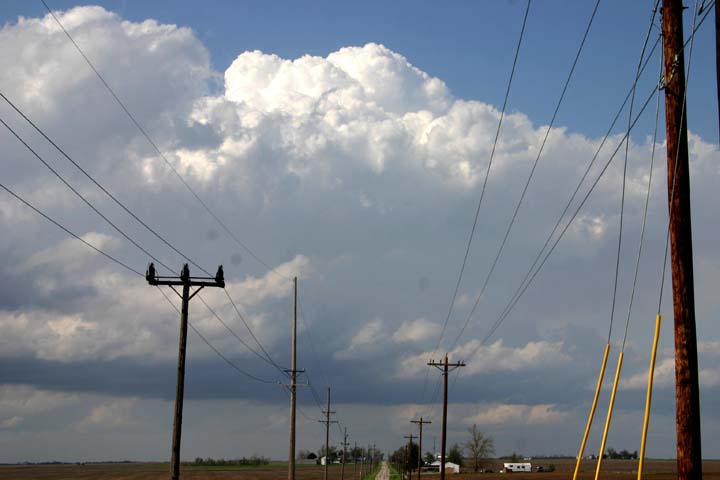 The lowering below, which looked like it wanted to be a wall cloud, formed under one of the stronger updrafts: 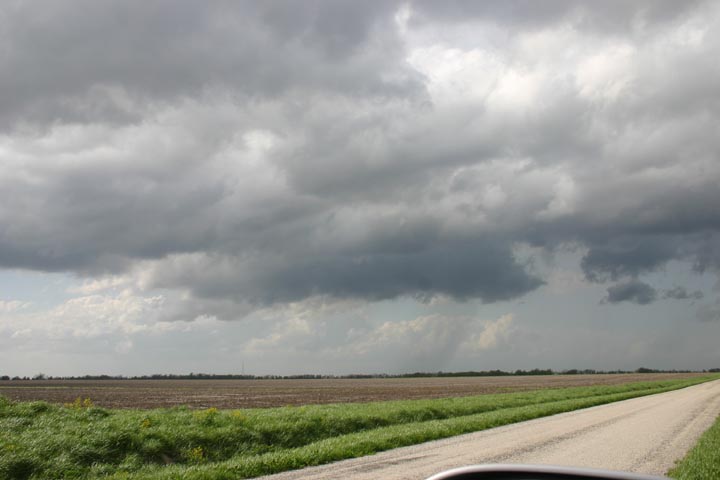 Shortly later, though, the cell blew apart, like most of the others had been doing. At the time I took these, the southerly wind feeding the storms was pretty intense, and I was pretty sure the storms would eventually go severe - but later afternoon/evening commitments kept me from pursuing them any further. The storms did eventually go serere, and even got tornado warned - but not until they got all the way up close to interstate 80, and continuing on through northwest Indiana and into southwest Michigan!