While skiing on January 29 at Hidden Valley, a little southwest of St. Louis, I saw and photographed some nice lenticular clouds:

Usually these are seen at high altitudes, over high mountain peaks. But occasionally they are seen in flatter terrain, if the conditions are right, as apparently they were on this day. The area where these were observed is hilly and a little higher than the surrounding areas, but only by a few hundred feet, so what was going on in the atmosphere had more to do with the formation of these clouds than any geographical features.

In the next picture, the cloud at right center reminds me of some photos I have seen of clouds that were mistaken for flying saucers: 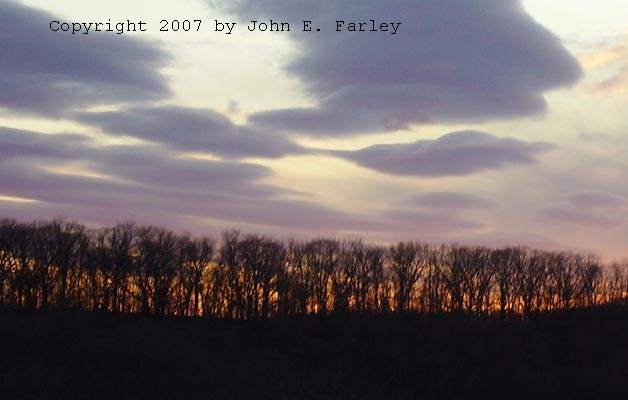 There was also a pretty sunset: 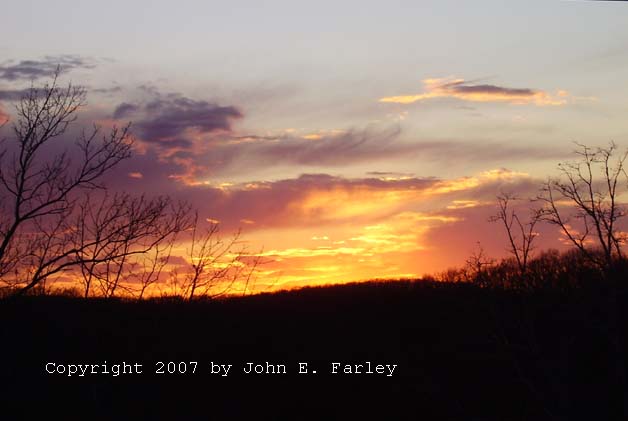