East Lake Drive Washout due to Remnants of Hurricane Ike

On the morning September 14, 2008, heavy rain associated with remnants of Hurricane Ike occurred across the St. Louis area, causing widespread flash flooding. Wind gusts in excess of 60 mph also occurred in some parts of the area. In the Edwardsville area, more than 5 inches of rain fell, most of it in about 2 hours. The flash flooding caused a washout of East Lake Drive where Willow Creek, the main tributary to Dunlap Lake, flows under the road and into the lake. Although I was out of town when this occurred just a half mile from my house, road repairs still had not begun by the end of the month due to the need to engineer a long-term solution to the flooding and washout of the road. (Note the accumulation of debris on the upstream side of the culverts, which likely contributed to the water's rising and overtopping the road.) Hence, on September 30, I was able to photograph the washout pretty much as it was immediately following the flood: 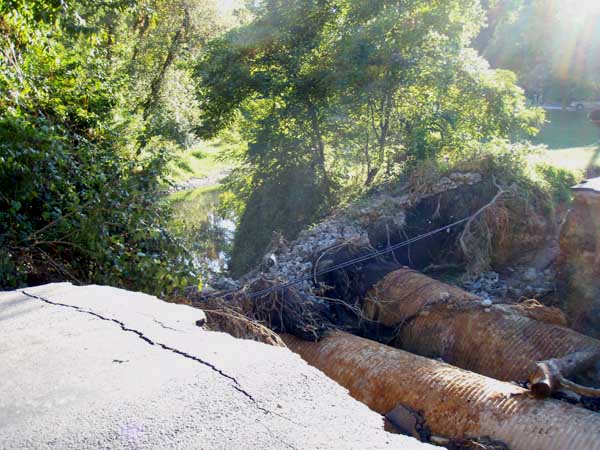 Above: Looking upstream toward Willow Creek 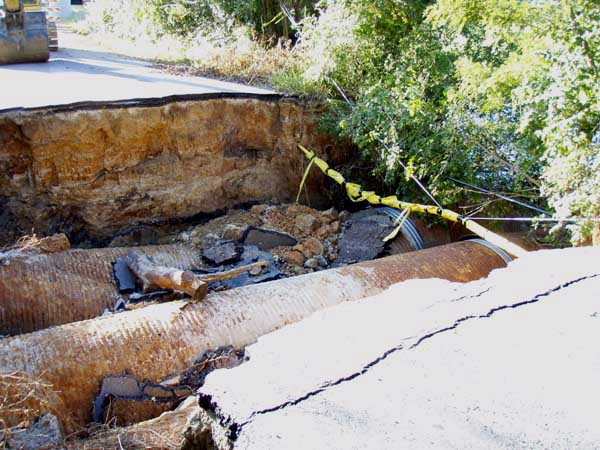 Above: Looking downstream toward Dunlap Lake 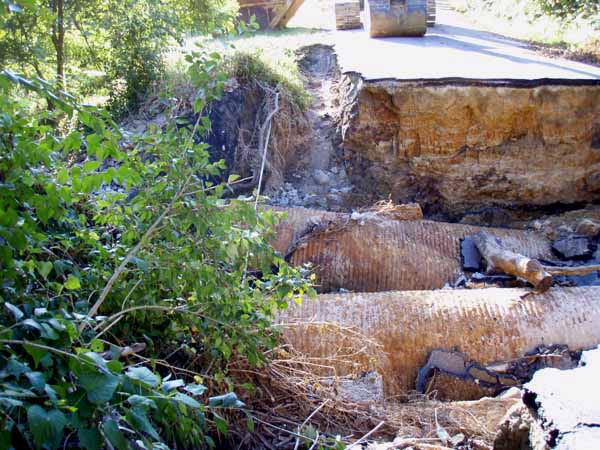 As you can see in these pictures, one problem was that underground utilities follow the road and thus were washed out, causing a temporary loss of gas and water service to about 50 residences. The pictures above show the incredible power of flowing water, and also illustrate one reason why you should never drive into a flooded area of roadway - it could be washed out under the flowing water. Anyone who drove into this would have been swept into the lake and faced likely drowning. In fact, the washout was found when police investigated to find out why people in the area lost gas and water service.