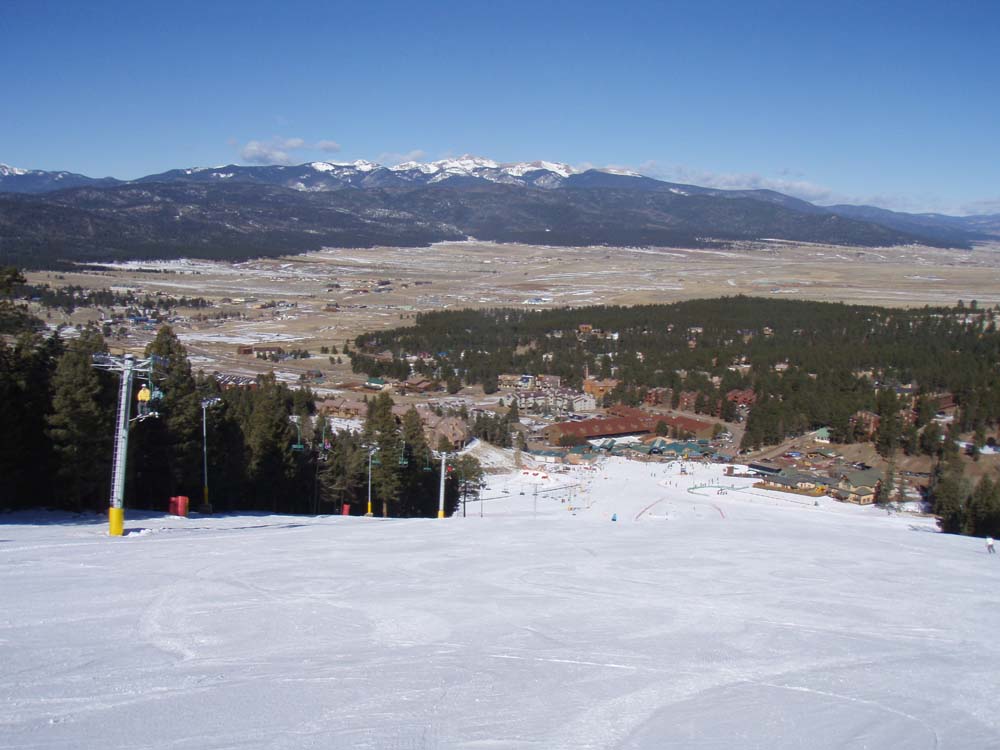 Angel Fire is a family-oriented ski area with lots of groomed intermediate runs over a vertical drop of 2,077 feet. It is also snowboard-friendly, having several terrain parks and marketing itself for many years as the place for riders to go when they were not welcome welcome at Taos Ski Valley. Angel Fire also boasts the only two high-speed chairlifts in New Mexico, so you can get a lot of skiing in during a day here, even if it is crowded. There is skiing off both the front and back side of the mountain, though I prefer the back because it gets less sun and so the snow holds up better, and also the runs are wider. When the snow is good, though, the runs on the front side can be fun because they are among the longest in NM, and offer a decent variety of mainly intermediate and beginner terrain.

When the snow is good, Angel Fire is as good a place to ski or snowboard as anywhere in New Mexico - especially if you like cruisng runs or are there with the whole family. However, the base elevation here is lower than several other New Mexico ski areas, so sometimes slush, mud, and bare spots can be a problem if the weather is warm. Paradoxically, during cold snaps, the narrow valley where Angel Fire is located tends to trap the cold air at night, so temperatures can fall well below zero.

Due to its lower elevation, ski conditions at Angel Fire have not been great the past few seasons, as New Mexico has struggled with increasingly warm, dry winters. However, its location on the east slopes on the Sangre de Cristo Mountains, its snowmaking capabilies, and water availability for snowmaking have enabled it to fare somewhat better than other lower-elevation areas such as Pajarito and Sandia Peak. Being a year-round resort, it has the resources to expand its snowmaking capaiblities, and this places it in a stronger long-term position than some of the other lower-elevation areas. That said, it would be a good idea to check ahead if the weather pattern has been warm and dry, and perhaps consider higher-altitude areas such as Ski Santa Fe, Taos Ski Valley, or Red River.

Downsides: Low altitude means slush and mud are sometimes problems, especially on the front side. Location is a bit remote. Can get very cold during cold spells. Perhaps due to the low elevation, Angel Fire is routinely one of the last NM ski areas to open at the start of the season.

Info notes: Angel Fire is about 40 minutes (in good weather) over a mountain pass from the city of Taos, and about 30 minutes from Red River. Thus, if you are at either of those places for a ski week, you can easily ski a day at Angel Fire. But don't do it on a stormy day, as the passes you must cross from either Taos or Red River can be difficult during storms.

There are various other activities for non-skiers, as Angel Fire is a year-round resort. Also nearby are the Vietnam Veterans Memorial and some of New Mexico's best ice-fishing at Eagle Nest Lake. These activities and some others require cars, however.

Lodging: There is slopeside lodging at the Angel Fire Resort Hotel, and some slopeside condos as well. There are also lots of condos and ski houses that are a short walk or drive from the slopes. Another option is to stay in Taos or Red River, but you will probably only want to do this if you are also skiing Taos Ski Valley or Red River Ski Area. Limited lodging is also available in Eagle Nest, about 15 minutes away. 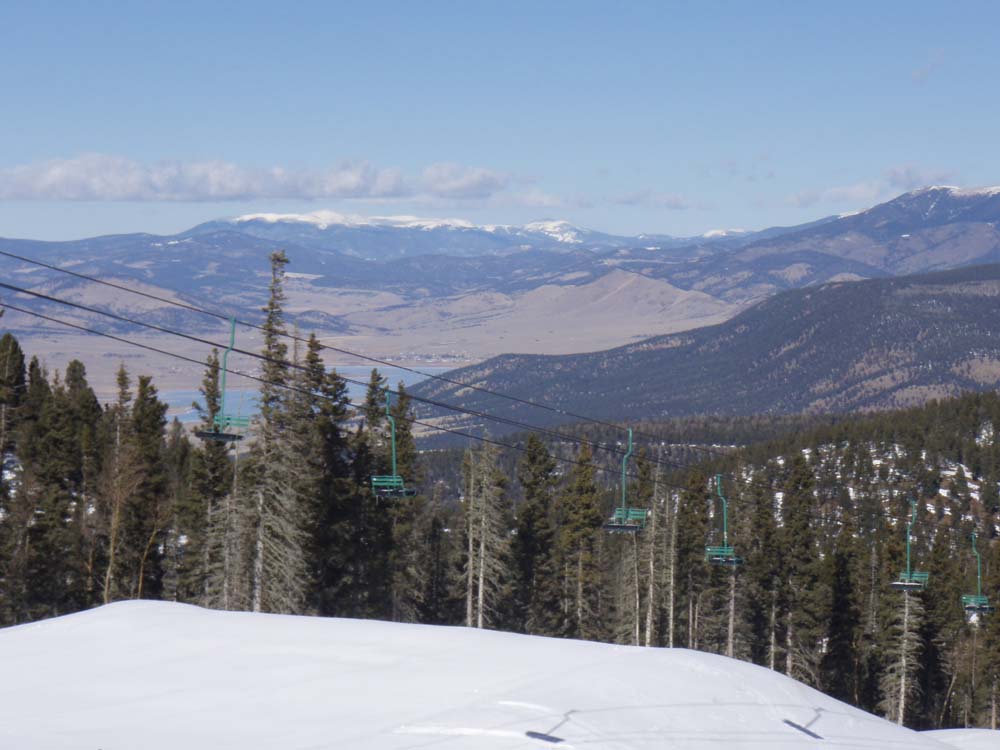